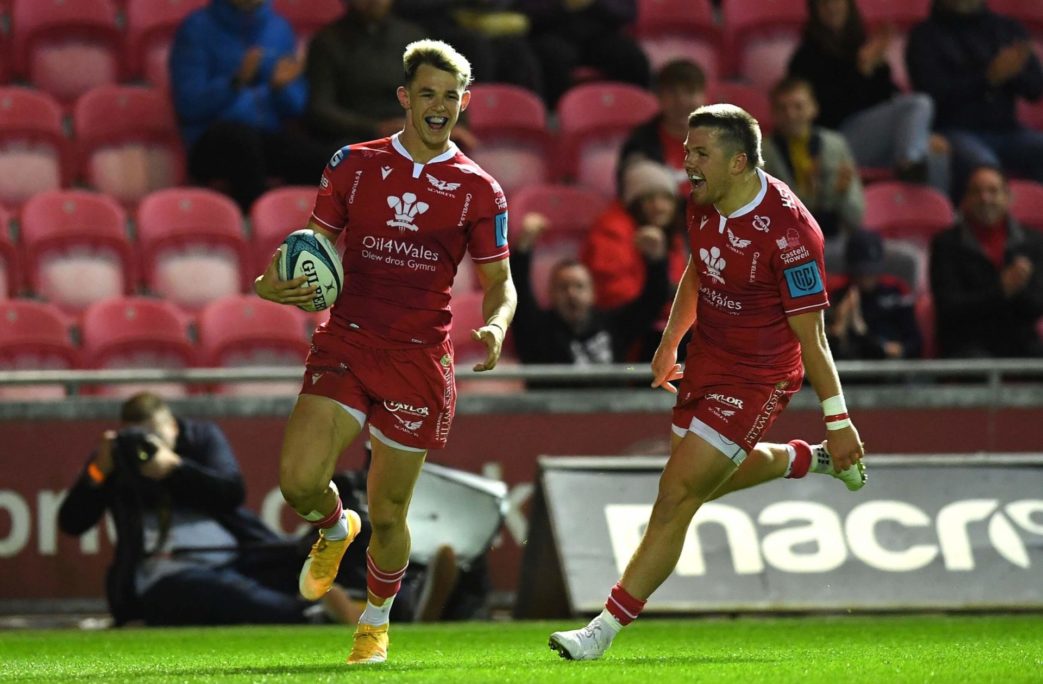 Tom Rogers has put pen to paper on a new Scarlets contract.

The 23-year-old Wales international, who can play wing or full-back, becomes the latest player to re-sign ahead of the 2022-23 season.

Rogers made his Scarlets debut in 2017 and has 30 appearances to his name, scoring eight tries.

A Wales 7s international, he earned his first senior Wales caps against Canada and Argentina last summer and the Cefneithin product has continued to deliver impressive performances in a Scarlets jersey.

Head coach Dwayne Peel said: “Tom is one of a number of young home-grown back-three players we are excited about at the club. He is a player who works hard on his game and is always looking to learn and get better.

“He has electric pace work and superb footwork, but is also strong in the air and has a great work ethic in defence.

“There is a lot of competition in our back three for places and that is driving everyone on, not just the youngsters but the senior players as well.”

Tom Rogers said: “I have enjoyed the season and the style of rugby we are looking to play, which suits my game. The coaching team demands high standards day in day out and everyone is working hard to push the side forward.

“With the competition in the back three, we know we have to make the most of opportunities when they come and Dwayne has shown he will give the jersey to young players if they are playing and training well enough.

“I’m looking forward to a big pre-season ahead and us building on the foundations we have put in place this year.”