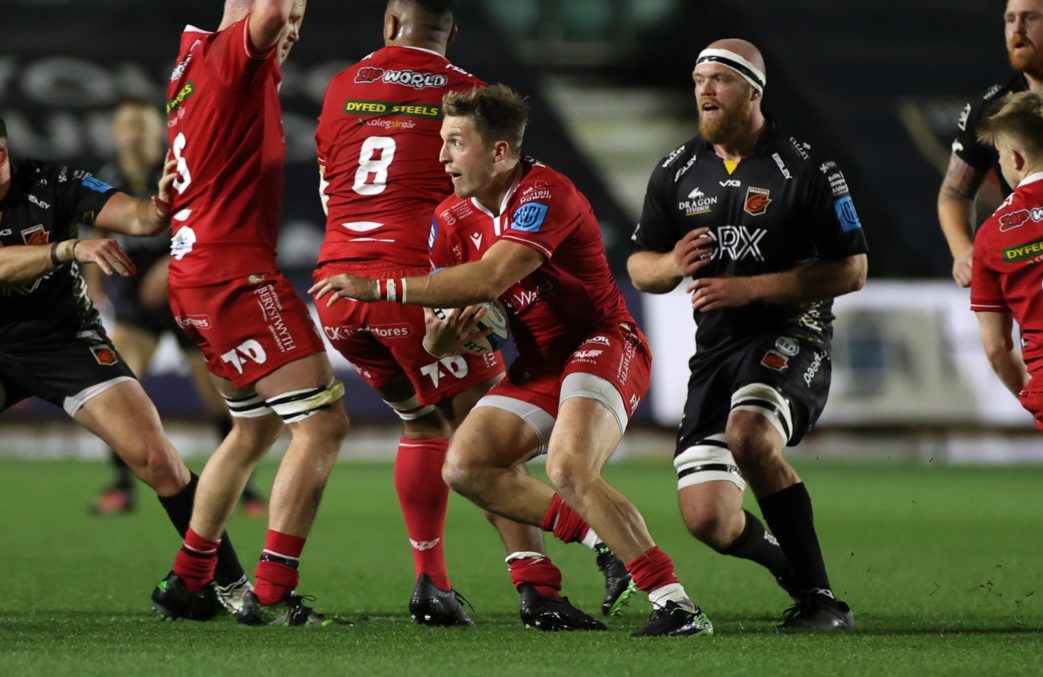 Tyler Morgan and Callum Williams have been included in the Wales 7s squad for this weekend’s HSBC World Rugby Sevens series being staged in Toulouse.

Wales international centre Morgan is set for his sevens debut, while Academy speedster Williams featured in the last two rounds in Vancouver and Singapore.

Wales face the prospect of taking on France in their opening pool game on Friday afternoon before waiting eight hours for their second game against Fiji under lights at Stade Ernest-Wallon. Pugh’s side will complete their Pool B fixtures against Kenya on Saturday afternoon before the knock-out stages begin.

Head coach Richie Pugh said: “Tyler’s itching to play – when I invited him into the camp he jumped at the opportunity and it’s just great having someone of his calibre and his experience and what he’s achieved so far in his career – it’s great to have that experience around the squad.

“I think he may admit that it was a bit of a shock to the system coming in but like I say, two and a bit weeks now he’s been in with us and he’s been good.”