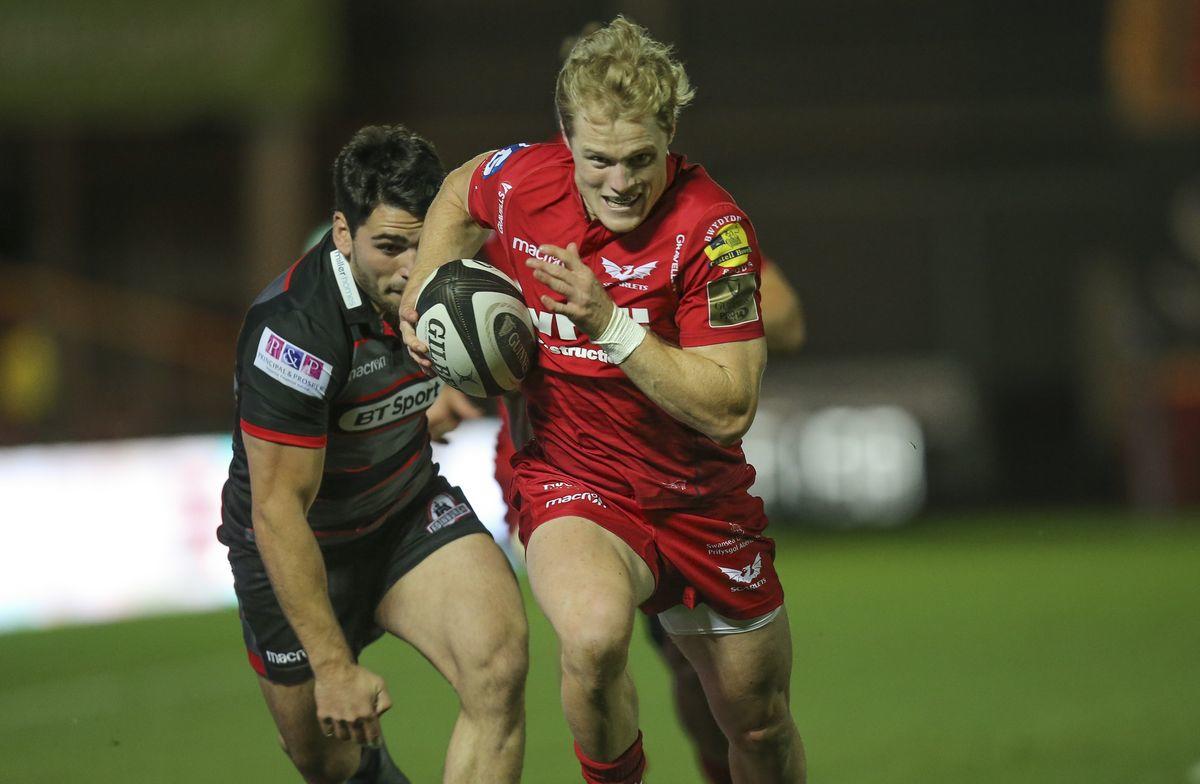 Scarlets can today confirm that scrum half Aled Davies will leave the region at the end of the current season to join fellow Welsh region Ospreys.

Davies, 25, is a product of the region’s Academy having developed through the age grade sides a decade ago to secure a place in the senior squad.

He made his competitive debut in the Anglo-Welsh Cup clash against Leicester Tigers on October 2011 and has gone on to make 114 appearances to date, scoring eight tries.

Despite being called in to Wales’ Autumn squad in 2016 and Six Nations squad in 2017 he didn’t win his first cap until the summer tour of 2017, facing Tonga and Samoa.

He made his home international debut, at the Principality Stadium, on Saturday 11thNovember against Australia. He featured off the replacements bench against Georgia and started the victory against South Africa on the weekend.

Commenting on Davies’ departure Jon Daniels, Scarlets General Manager of Rugby, said; “We would like to thank Aled for his services to the Scarlets over the last decade. He has been a valued member of the squad over the years and has played his part in some important victories during his time here.

“We understand and respect his reasons for leaving and we wish him well with the next chapter of his career.”

Aled Davies said; “Making the decision to leave the Scarlets was a very tough decision for me. It is my boyhood team and I am immensely proud every time I play for the Scarlets. However, I felt the time was right to develop my game elsewhere.

“I have had nine great years at the Scarlets and will leave having made lots of good friends and having had lots of great memories. I am very focused on finishing on a high and hopefully can try and help the Scarlets win some more silverware this season.”