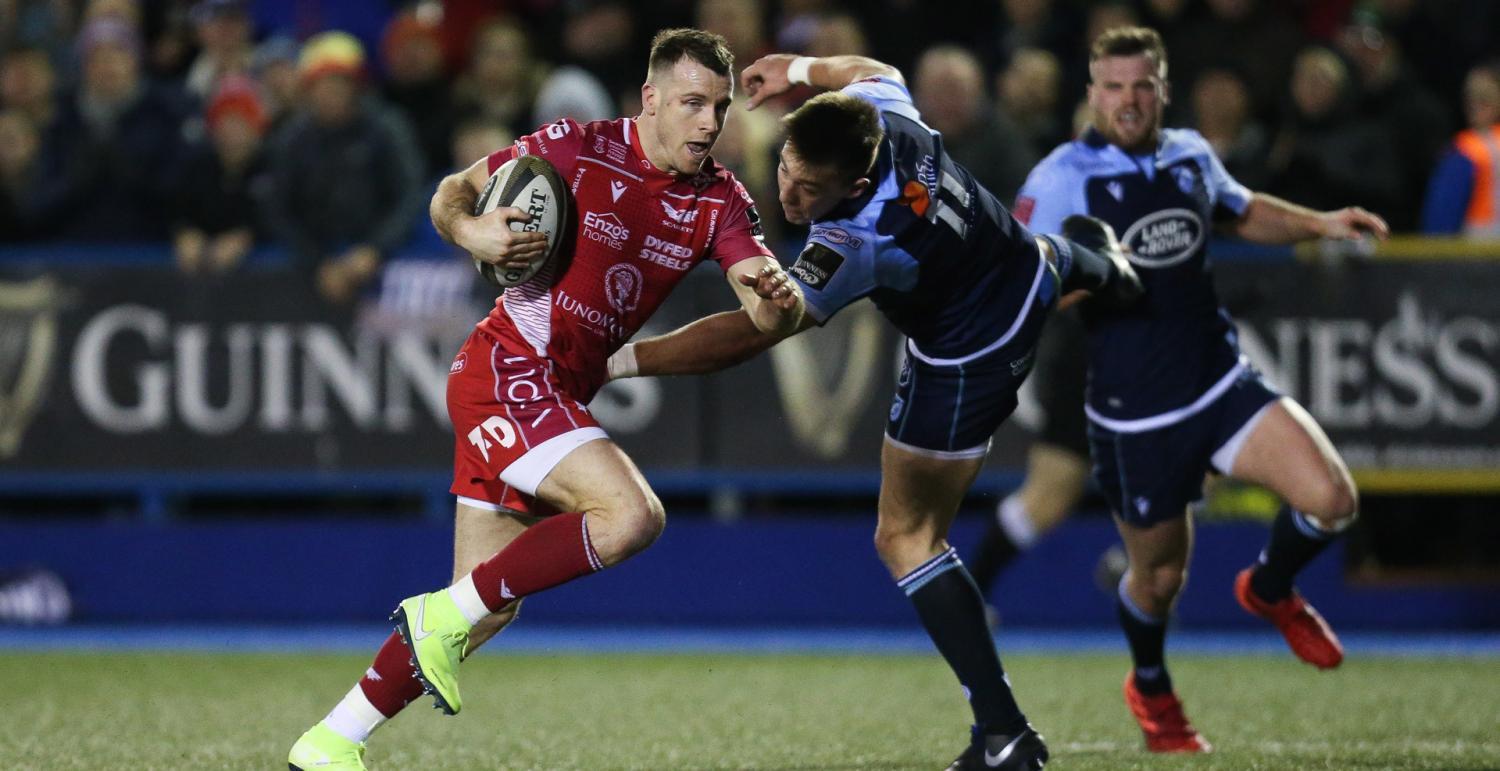 Scarlets went to the top of Conference B of the Guinness PRO14 standings following a tense 16-14 victory over Cardiff Blues at the Arms Park.

A wonder try from scrum-half Gareth Davies and 11 points from the unerring boot of Leigh Halfpenny proved the difference in front of a sell-out crowd in the capital.

Halfpenny was outstanding in all aspects of his game, Ken Owens put in a huge shift on his 33rd birthday, while second row Tevita Ratuva delivered a man-of-the-match display at the heart of the forward effort.

The Scarlets led 16-7 at the break, but had to dig deep late on as the home side pressed for the match-winning score.

Scarlets were forced into three late changes, all on the bench and all because of illness, with Samson Lee, Sam Lousi and Blade Thomson replaced by Javan Sebastian, Lewis Rawlins and Jac Morgan.

Both sides were greeted by a big crowd and perfect conditions and it was the Scarlets who enjoyed the early advantage thanks to two penalty successes from the boot of Halfpenny.

It needed a couple of line-out steals to keep the home side at bay as the Blues started to exert some pressure and they were rewarded with the game’s first try on 24 minutes.

The ball was spun wide and Hallam Amos released Owen Lane, who did well to kick through and win the race to the touch down.

Jarrod Evans converted to put the Blues in front, but the lead was shortlived courtesy of a spectacular try from Gareth Davies.

The Wales scrum-half intercepted on halfway, raced away then stepped outside of Amos and inside another of his international team-mates Josh Adams to cross. It was Davies’s 50th try in Scarlets colours and one of his best.

Halfpenny landed the conversion and with the final kick of the half extended the advantage to 16-7.

The Scarlets enjoyed plenty of possession in the third quarter, but weren’t able to turn it into points.

Instead, it was the men in blue who struck back, creating a try for in-form Wales wing Adams, who cut inside to score at the posts.

Replacement Jason Tovey converted to make it a two-point game, setting up a nerve-shredding finale going into the final 15 minutes.

Tovey missed a long-range penalty which would have given his side the lead, but the Scarlets won a couple of crucial decisions in the dying seconds to secure a win that takes them top of the table.