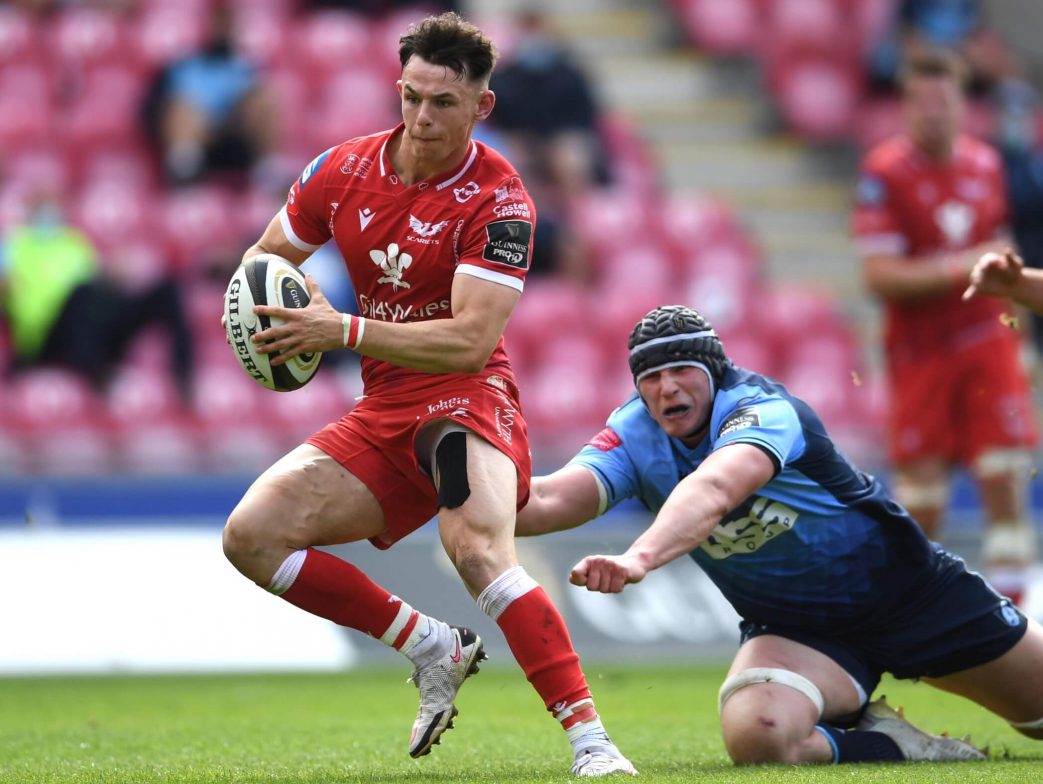 Uncapped flyer Tom Rogers has been called up to the Wales squad for the summer Test series against Argentina and Canada as one of five Scarlets named in Wayne Pivac’s 34-man squad.

Rogers has enjoyed a breakthrough season, scoring a superb solo try in the comeback win over Connacht that secured Champions Cup qualification for next season.

The 2021 Guinness Six Nations Champions will face three home games against Canada and Argentina this July and head coach Pivac has selected a squad that features experience as well as youth as he continues his preparations for the 2023 Rugby World Cup.

Jonathan Davies is named in the squad as captain, a role he previously fulfilled for his country in the 2019 Six Nations versus Italy, while Halfpenny is on 99 test caps (including four British & Irish Lions caps).

“We are really looking forward to this summer, getting to work with this squad and the three home tests that we will face,” said Pivac.

“It is great that we are able to select five uncapped players in the squad. It is an opportunity, much like the autumn campaign last year, to get these players into the environment and to expose them to test match preparation and in some cases test match rugby.

“This summer isn’t just about the uncapped players it is also about internationals gaining more experience. It is a chance for them to get more starts and appearances under their belt and to step into leadership roles so it is going to be an important period for us.

“We will have a training camp in North Wales before returning to Cardiff for our three tests so it is a great block of time we have together.

“Whilst the Six Nations success is still fresh in many people’s memories it is important we continue to build both depth and our game as we continue to the RWC 2023.”