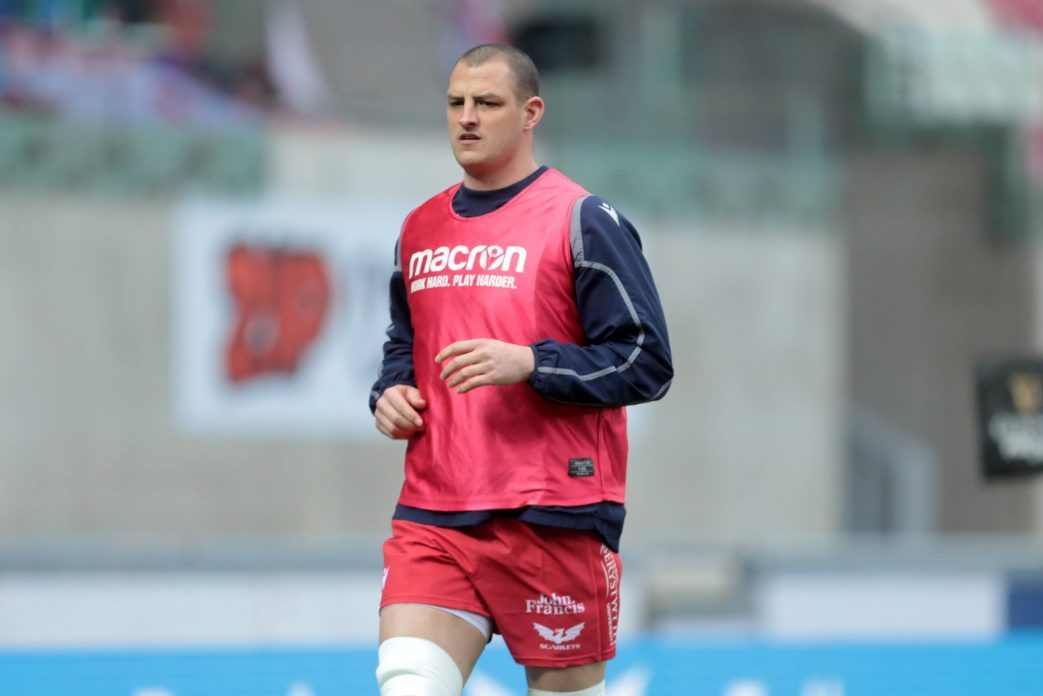 Aaron Shingler will make his first Scarlets appearance in more than a year after being named in the starting XV to take on Munster in Friday’s round 15 Guinness PRO14 clash in Limerick (20:00; S4C & Premier Sports).

The Wales international flanker last featured for the Scarlets at Thomond Park in February 2020. He was sidelined with an inflammatory health issue last summer and has been working back to full fitness since.

Shingler, who will make his 190th appearance in a Scarlets jersey, is named in a side showing three changes from the thrilling victory over Edinburgh last time out.

There is only one switch behind the scrum with Angus O’Brien coming in for Dan Jones at fly-half. Jones sits out this game as he undergoes return to play concussion protocols.

Up front, loose-head prop Phil Price picked up a knee injury in training this week so Steff Thomas is handed his first PRO14 start. Thomas made his league debut off the bench against Benetton last month.

Thomas packs down alongside Marc Jones and South African tight-head Pieter Scholtz, while Morgan Jones and Sam Lousi continue their partnership in the second row.

Shingler comes in for Uzair Cassiem at blindside flanker and forms a dynamic back-row combination with Sione Kalamafoni and Jac Morgan.

Centre Johnny Williams has been released from Wales duty and is named among the replacements. Taylor Davies, Kemsley Mathias, Alex Jeffries, Tevita Ratuva, Cassiem, Will Homer and Paul Asquith make up the remainder of the bench.

Centre Steff Hughes will again lead the side.

Scarlets go into the game looking for the win to help secure third spot in the Conference B standings and their place in next season’s Heineken Champions Cup.

“Munster are in the final already and they will be excited by that, but we are certainly excited by the opportunity to keep building momentum and keep playing the way we are.

“For us, it is about taking steps forward, we still need points to secure Europe, that hasn’t changed from a few weeks ago. Our objective is to secure our position in the Champions Cup for next year.”