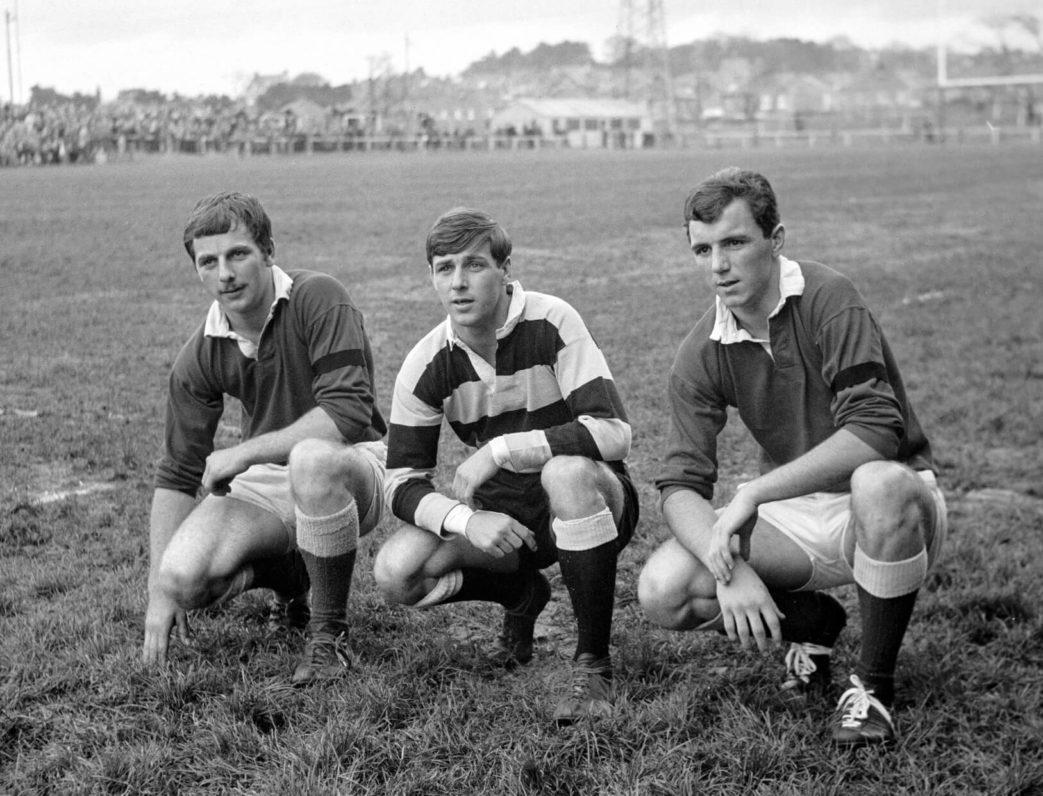 The Scarlets are saddened to learn that former player Alan John has passed away at the age of 76.

The openside flanker played close to 150 times for Llanelli RFC between 1966 and 1971, making his debut against Aberavon at the Talbot Athletic Ground. His impressive form for the Scarlets earned him a place in the Wales national squad that toured Argentina in 1969.

Alan’s brothers Barry and Clive also played for Llanelli, with Barry going on to become an icon of the game for Wales and the British and Irish Lions.

Starting out at his home club Cefneithin before his time at Stradey, Alan later joined Tumble, initially as a player, then as a coach during a golden era for the Gwendraeth Valley club. Tributes were paid on social media by both clubs this week.

The thoughts of the Scarlets are with Alan’s family, friends and all at Cefneithin RFC and Tumble RFC at this sad time.

Alan is pictured with brothers Barry and Clive before a match against Cardiff at Stradey Park in 1971 (copyright: A Richards Photography).