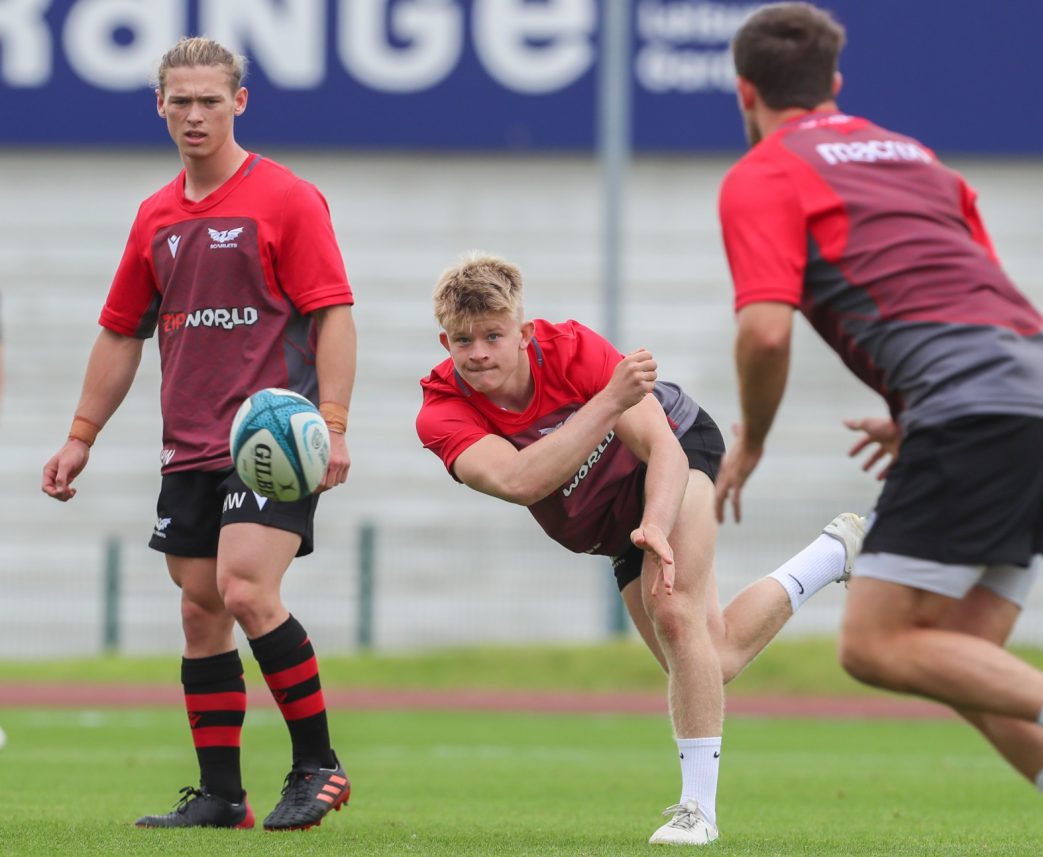 Eighteen-year-old Scarlets scrum-half Archie Hughes has been named in the Wales U20s side to take on Scotland at Parc Eirias on Friday night (8pm KO).

Hughes wasn’t named in the original Six Nations squad, but has been drafted in as one of eight changes to the team beaten by Ireland in Cork in round one.

The Tenby product produced a superb two-try display on his senior Scarlets debut against Nottingham at the start of the season and has been impressing in training with the senior side.

He is joined in the run-on team by Academy colleague Eddie James, who is named at outside centre.

Looking ahead to Friday’s encounter, head coach Byron Hayward said: “We have got to put last week’s game behind us and look forward to this weekend and get back on track with a good win on Friday night.

“Scotland are a big side and were very physical against England and that is something we weren’t against Ireland. First and foremost, on Friday night we need to wear the jersey and put the pride back into the jersey.

“We created opportunities against Ireland, we had eight line-breaks in the game and we should have scored. In the second half we had an opportunity to score under the posts if we had moved the ball to Cameron Winnett – so that’s a possible 28 points we left on the field.

“It’s impossible to win a game of rugby when you give 18 penalties away. Like I said last week, I believe if we get quality possession, we can score some good tries.

“A great crowd of 8,000 people certainly spurred on the Irish boys, and it’s done that for us in the past. They are a good passionate crowd up in North Wales and all the boys are relishing singing the anthem, getting out on the field, and performing and leaving everything on the pitch.”