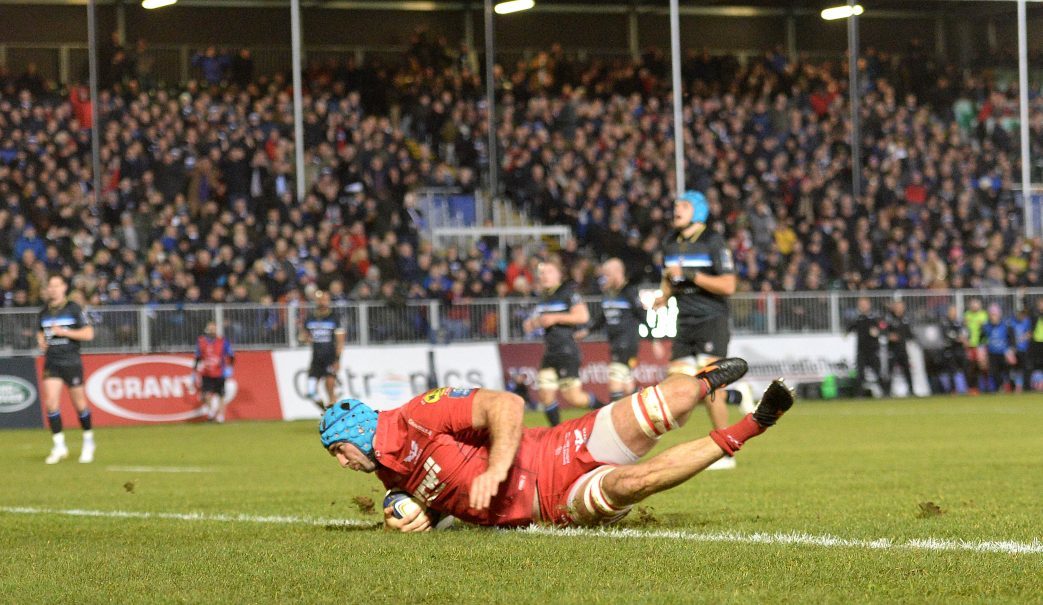 After combining over 3,000 public votes and the expert opinion of BT Sport’s Brian O’Driscoll, it has been confirmed Tadhg Beirne’s try against Bath Rugby has been awarded European Rugby Champions Cup Try of the Season 2018.

After Rhys Patchell caught a high kick, the ball was spread wide through Hadleigh Parkes and Scott Williams before a string of delightful offloads that allowed Beirne to lay a perfect dummy on the final Bath defender, Anthony Watson, and dive over the try line.

Three-time European Cup winner Brian O’Driscoll said: “This was an incredible team try combining wonderful offloading, clever angles of running, ball handling of the highest order, eventually finished off by a second row flat-footing Anthony Watson with a step any outside back would have been proud of.”

Here are the shortlisted tries;

Remember, the Pool Draws for next season’s Champions Cup will take place at the IOC Olympic Museum in Lausanne on Wednesday, 20 June and will be streamed live across EPCR’s channels.