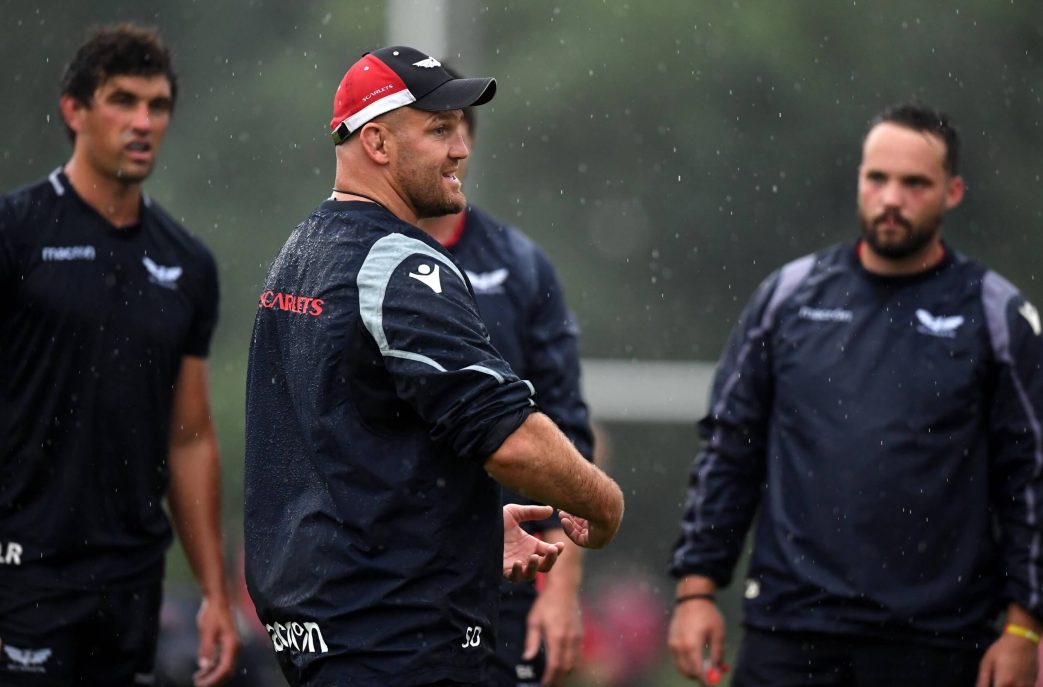 New scrum coach Ben Franks believes the emerging young front-rowers at the Scarlets will learn a huge amount from training alongside the international contingent in the squad.

Double World Cup winner Franks joined Glenn Delaney’s coaching team in the summer and has already been impressed with what he has seen.

In an interview as part of S4C’s coverage of next weekend’s Guinness PRO14 return against Cardiff Blues, the 47-cap All Black said: “We’ve got a good mixture of experience and youth in the front row. We’ve got Ken Owens at one end and on the other end we’ve got some really talented academy kids.

“It’s a good opportunity for the young guys to learn and for me to listen to the older guys to see what they need. For me, learning was always motivating so if they are excited about learning and excited about the scrum sessions then that will help them improve.

“It’s good to be part of a group where there’s a good mix of experience and youth.

“There’s a lot of quality players in the Scarlets pack but the actual strength of the scrum is not about individual players it’s about working as an eight. That’s the toughest thing.

“You can take players out individually and help them work on areas where they can improve on but getting them to work collectively as a pack is the real key to success. So that’s what we’ve been trying to spend a lot of time on.

“The thing with scrums is that sometimes it just takes time. There’s combinations of working with guys and as an eight.

“Confidence is also a big part of a successful scrum. There’s no magic formula.

“Over a number of games building some confidence can bring a scrum forward a long way. I’d like to think I can help them but I know it’s a process.”

Previously with Northampton Saints, Franks announced his retirement from rugby earlier this season.

He said: “It was a good opportunity for me. I announced my retirement quite early before the lockdown and then on the first weekend of lockdown I got a call from Glenn (Delaney).

“It was too good of an opportunity for me to turn down. I’ve worked with Glenn before so I knew he’d be someone who I could work with while he’s also someone who could challenge me.

“I knew Scarlets are a good club. They have a lot of talented players and a great history so to be part of that was appealing.

“Also me and my family are small town people and now that we live in Hendy it fits us to a tee. It ticked all the boxes for me both professionally and family wise.”

Scarlets return to PRO14 action against Cardiff Blues on Saturday, August 22 (3pm kick-off, Premier Sports). You can also watch the full match on S4C at 8pm that same day.