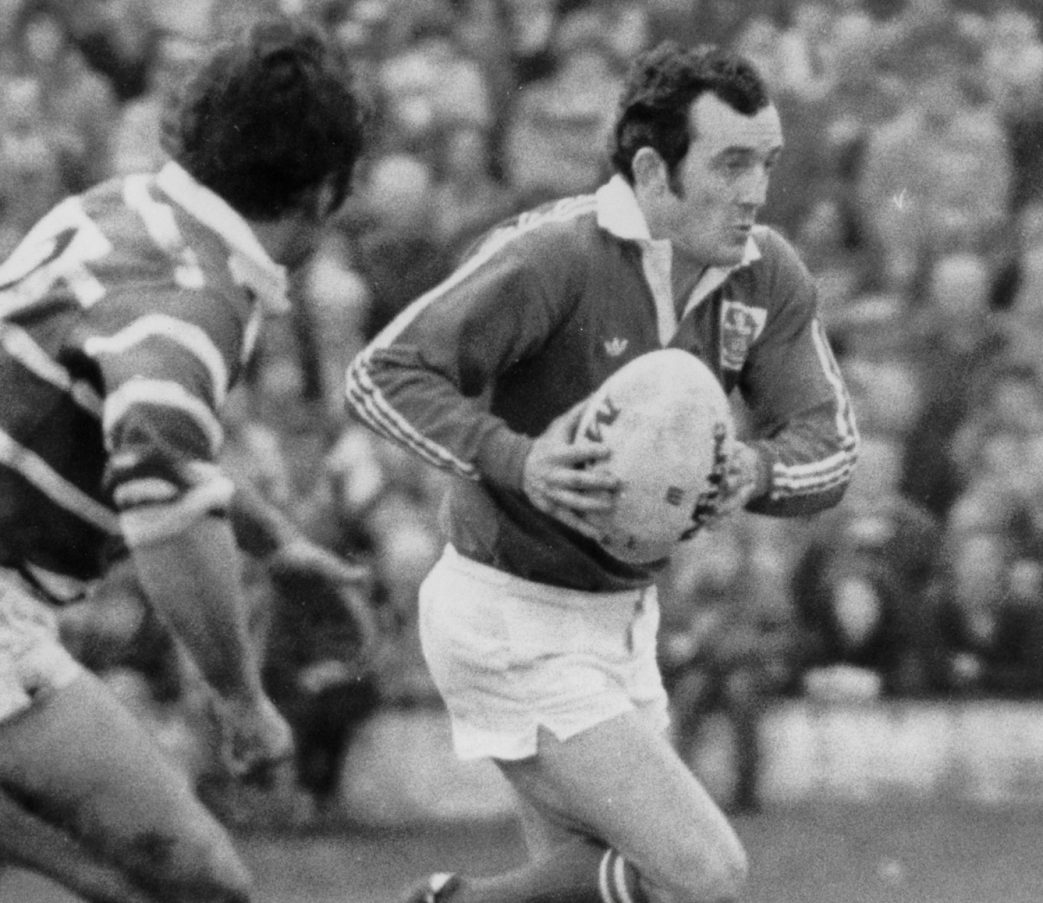 Phil Bennett’s sensational score against Scotland at Murrayfield in 1977 has been voted the Greatest Ever Welsh Try.

The Scarlets great, who is now our president, finished off a sweeping move from inside the Welsh 22 with a trademark sidestep and then a memorable finish – a try that helped the golden generation of the seventies clinch another Triple Crown.

The Welsh Rugby Union have been running an online poll in recent weeks, highlighting the best 16 Welsh tries of all time, including stunning efforts from other Scarlets favourites.

In the final, Benny’s ‘77 special went up against Scott Gibbs’s Wembley match-winner against England in 1999 and came out on top with more than 60% of the vote.

Reflecting on the try, the former Llanelli, Wales and Lions fly-half said: “I didn’t score that many tries for Wales. I got one against Ireland at Lansdowne Road and then two against France in 1978 when we won the Grand Slam, but they were both five yarders.

“So, the try against Scotland is the one that gets talked about the most when I meet people. It clinched the Triple Crown and in those days the Triple Crown was more of a respected achievement than perhaps it is today.

“Wales were going through some tough times economically back then. Factories and mines were closing and people were losing their jobs.

“Yet, the commitment to watching Wales play was still incredible. I can remember on Saturday morning in Edinburgh, standing on a balcony in our team hotel and looking out along the length of Princes Street and seeing a sea of supporters, dressed in red shirts or scarves, or rosettes. I realised how much effort they had gone through and I thought, ‘we can’t let these people down’.

“The try itself is still memorable. Andy Irvine kicked the ball away to JPR and I thought, ‘he’s made a mistake there.’ Gerald Davies produced some magical sidesteps, beat three or four men, and put me into a bit of space. I had David Burcher outside, found him, and he floated a beautiful high pass back inside to Steve Fenwick.

“Steve took man and ball, but, incredibly, got the ball away back to me. I had two guys in front of me and managed to beat them both with a step.

“One of them was the great Ian ‘Mighty Mouse’ McLauchlan. He was a hard man, was Mouse, who loved scrummaging and I was shocked to see him back near his own 22 trying to cover.

“Thankfully, they bought the dummy and I was away to the posts. People asked whether it was a pose with the ball under my chin, but it truly wasn’t. I was knackered – and relieved.”