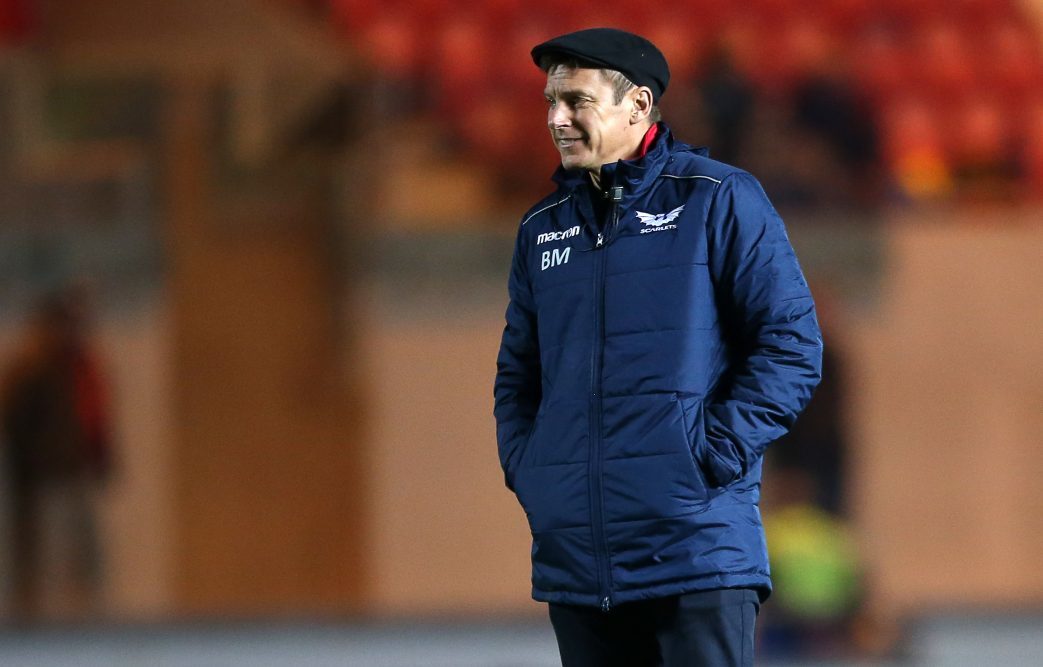 Brad Mooar has paid tribute to the “magnificent support” that backed the Scarlets during their epic European Challenge Cup tie in Toulon.

More than 300 fans made the trip to the south of France and certainly made themselves heard among a 10,000-plus crowd at the Stade Mayol.

The Scarlets were denied a famous win over the three-times European champions when the Toulon pack drove over for converted try deep into stoppage time which earned the French side a 17-16 victory.

But after applauding the character of his players, who battled with just 14 men following the dismissal of second row Tevita Ratuva at the end of the first half, the head coach saluted the fans who had made the trip from West Wales

They cheered the players out of the hotel as they made the short walk to the ground, then sung their hearts out through a nerve-shredding Pool 2 encounter.

“We are really thankful and grateful that they have made the trip to support us. It was magnificent stuff.”

Despite being a man down for the entire second period, the Scarlets produced a massive defensive display, with a Dan Jones penalty and drop-goal (his first for the Scarlets) pushing them into a 16-10 lead – an advantage they held until the final dramatic seconds.

Brad added: “This is a special group. It was a huge effort, I was really proud of the fellas. We backed ourselves, we were bold and the way we made Toulon work so hard to get over the line at the end shows how much the jersey means to this group.

“I am only disappointed with the result; not the effort, not the intent, not the performance in how we stuck together and played to continue to win. We were all but there and I am looking forward to the return bout in January.

“People say that this group are punching above our weight; they are not, they are performing where we want to be. It is a side that is well and truly on the up.

“We are looking forward to getting into work to prepare for Ulster on Friday night and then it’s the two matches against Bayonne, which is a lovely mini series and something I have not been involved in before, playing the same side back to back over two weeks.”

The Scarlets take on Bayonne on Saturday, December 14 with a 7.45pm kick-off. Tickets are available here