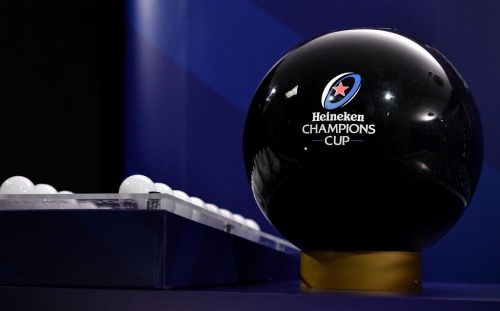 The road to next season’s Heineken Champions Cup final in Marseille will begin to be mapped out when the pool draw for the 2021/22 tournament is staged in Lausanne, Switzerland on Wednesday, 21 July at 12.00 (UK and Irish time).

The draw, which will be live-streamed on HeinekenChampionsCup.com, will include Stade Toulousain, who recently completed the Heineken Champions Cup and TOP 14 double in the same season for the second time in their history, Harlequins, who triumphed in a spectacular Gallagher Premiership final, and Guinness PRO14 winners, Leinster Rugby.

The Heineken Champions Cup will once again be competed for by 24 clubs with eight representatives from the Premiership, the PRO14 and the TOP 14 having secured their places. (See qualifiers and rankings below)

For the purposes of the draw which will be run on the same lines as last season, the clubs will first be placed into four tiers based on their rankings, before being drawn into two pools of 12 – Pool A and Pool B. Clubs from the same league in the same tier will not be drawn into the same pool.

Once the draw is concluded, clubs will know their pool stage opponents and EPCR will begin work on the fixture schedule with an announcement of exact dates, venues, kick-off times and TV coverage following as soon as practicable.

The 2021/22 tournament will be played over nine weekends with four rounds of matches in the pool stage starting in December when Stade Toulousain begin the defence of their title. The eight highest-ranked clubs from each pool will qualify for the knockout stage which will consist of a Round of 16 on a home and away basis, quarter-finals and semi-finals, with the final in Marseille on 28 May 2022.