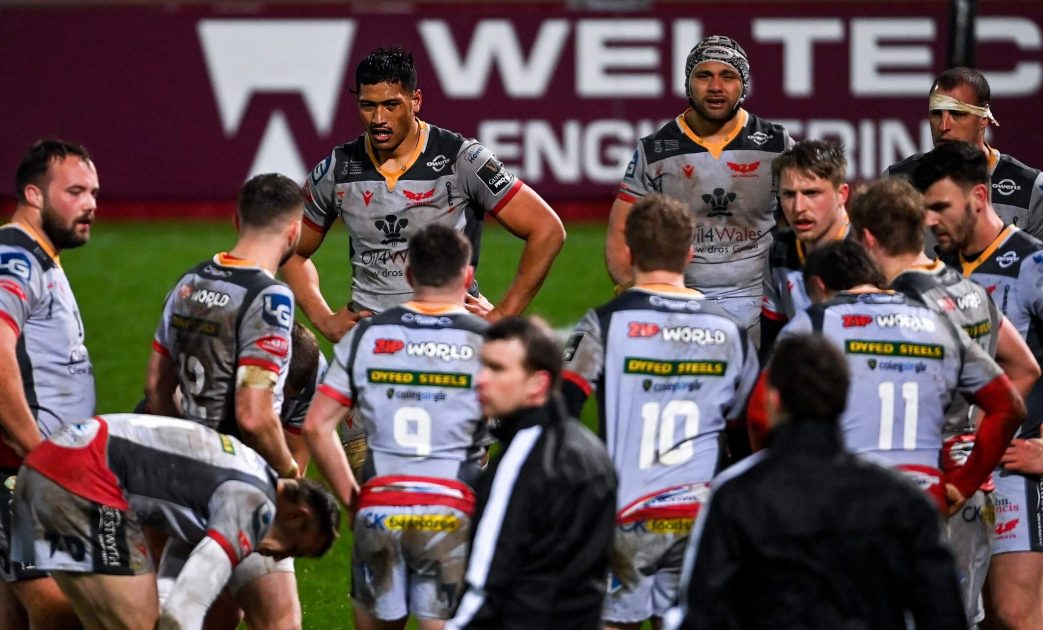 Scarlets will take on Connacht in their final Guinness PRO14 clash of the season with Heineken Champions Cup places still up for grabs.

Edinburgh’s last-gasp win over Connacht in Galway and Cardiff’s bonus-point triumph in Treviso, means it’s all to play for as Scarlets head into their final fixture at Parc y Scarlets next Monday evening.

Scarlets currently sit in the all-important third spot and lead the Blues by three points with both sides having played 15 matches. We are 10 points ahead of Edinburgh, who have three games to play – including a clash against the Blues at the Arms Park, also next Monday.

Scarlets returned empty handed from Limerick on Friday evening after a 28-10 loss to Conference B table toppers Munster.

Reflecting on the match, head coach Glenn Delaney said: “The challenge was that we played down on position and territory – game control was the difference between the two sides, I don’t think we controlled the game like we would have liked. We did not give ourselves too many opportunities in the red zone and it took us until the end to earn an opportunity to get in there.

“I thought Munster controlled the game very well and their second try was a nice individual piece of effort; we fought back hard in the second half, but it was probably a little too late.”

When asked about the Scarlets discipline, which saw Aaron Shingler and Tevita Ratuva yellow carded either side of half-time, he added: “I think there are some challenges in either areas. In the first half we were struggling to get decent quick ball from rucks; there are things there we want to look at in terms of people moving out of the way, I don’t think we had reward from the scrums either. When you look at discipline you need to look at the game in the round. Obviously, we don’t want to have people off the field, that hurts us; a year ago against Munster we played with 13 on the field as well and it ended the same way.”

Looking forward to the week ahead, Delaney said; “It is about making sure we execute the things we train and that we are composed at the right times. Probably, the main lesson from the Munster game is how to play wet weather rugby. It is a bit cliched, but the territorial game that Munster played in those conditions was very good, We have a bit of work to do on that.”