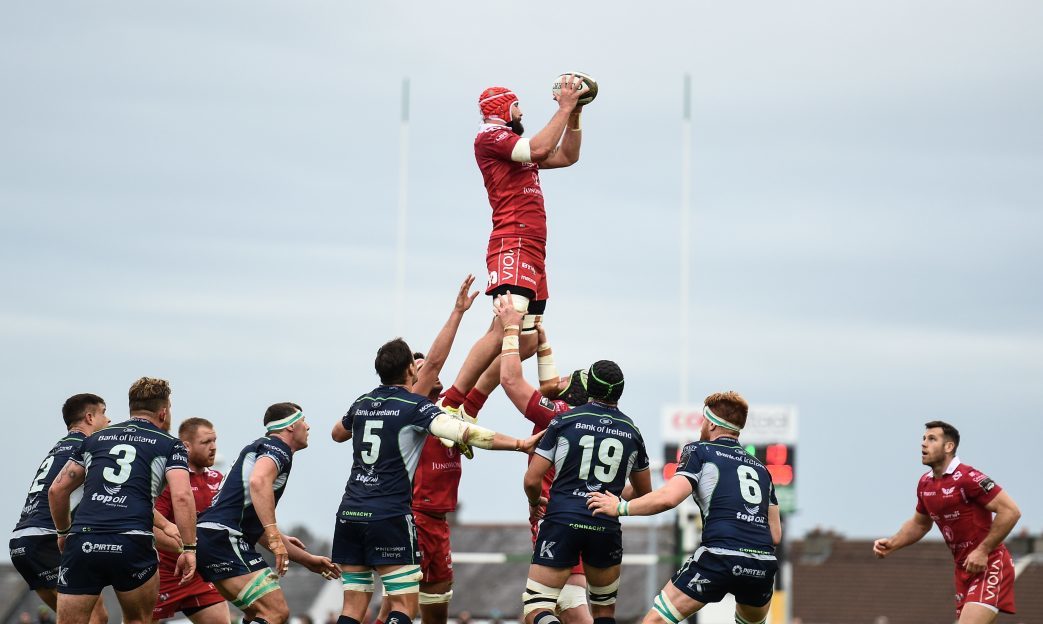 Scarlets came away from Galway’s Sportsground with a defeat in the fourth round of the Guinness PRO14 after Connacht controlled the game throughout.

Two great tries, from Johnny McNicholl and Tom Prydie, showed glimpses of Scarlets’ scoring prowess but very limited possession and territory made it difficult for the visitors to make a dent on the result.

Speaking after the game head coach Wayne Pivac said; “We didn’t have a lot of ball to play with. They used the ball a lot better than we did and they built plenty of phases.

“We have to look after the ball a lot better than we did today. We’re hurt without a seven at the moment; it’s one of our strengths, slowing ball down and turning ball over. We weren’t able to do that today.

“We’re not playing our best rugby. We’d like to be playing a lot better than we are but we need to improve in some of these areas.”

“Without much ball and territory, we felt that we had an opportunity to win at 26-20 but we turned over some possession and got punished.

He went on to say; “There are no excuses. Connacht were better than us today and sometimes you just have to say well done to the opposition. Connacht fully deserved that win and we’re very disappointed that we didn’t get any points.”