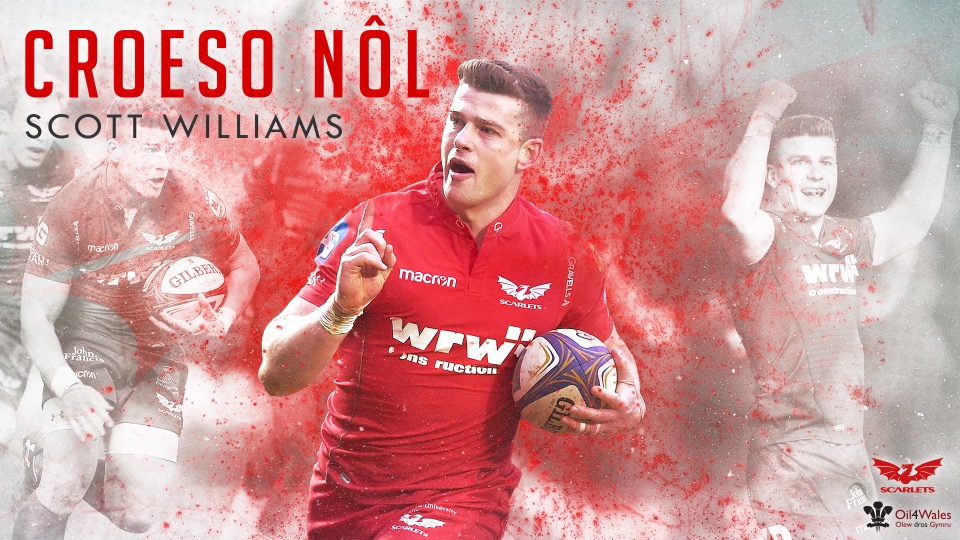 Scott Williams is returning to the Scarlets after signing a new deal with his home club.

After coming through the Scarlets Academy, Scott made his senior debut in a pre-season friendly against Neath in 2008 and went on to play 137 games over nine seasons, scoring 23 tries.

He was an instrumental part of the side’s stunning Guinness PRO12 title win in 2017 and scored key tries as the Scarlets reached the semi-finals of the Champions Cup a year later.

Scott has been capped 58 times for Wales, featuring at the 2011 and 2015 Rugby World Cups and It was his memorable solo score at Twickenham that helped Wales clinch the 2012 Triple Crown.

He is heading back to Parc y Scarlets after three seasons with the Ospreys.

“I have some wonderful memories playing for the Scarlets, it is my home side and I have a lot of good friends at the club,” he said.

“I am looking forward to working under Dwayne and the coaching team in pre-season and challenging for a place in the side ahead of the start of the new campaign.

“Scarlets have some great centres and competition is going to be strong, but I’m hungry to get back out there and can’t wait to get started and pull on the Scarlets jersey again.”

Scarlets general manager of rugby Jon Daniels said: “We are delighted to be welcoming Scott back to Parc y Scarlets.

“Scott has been unlucky with injuries in recent years but he is fit, in great shape and raring to go.

“He is a player who has a huge amount of experience at international level and that, along with his leadership qualities, will provide a huge value to this group.

“Scott has proven his pedigree throughout his career. He is a determined and driven character, a player the boys look up to and we are all looking forward to seeing him in a Scarlets shirt again.”