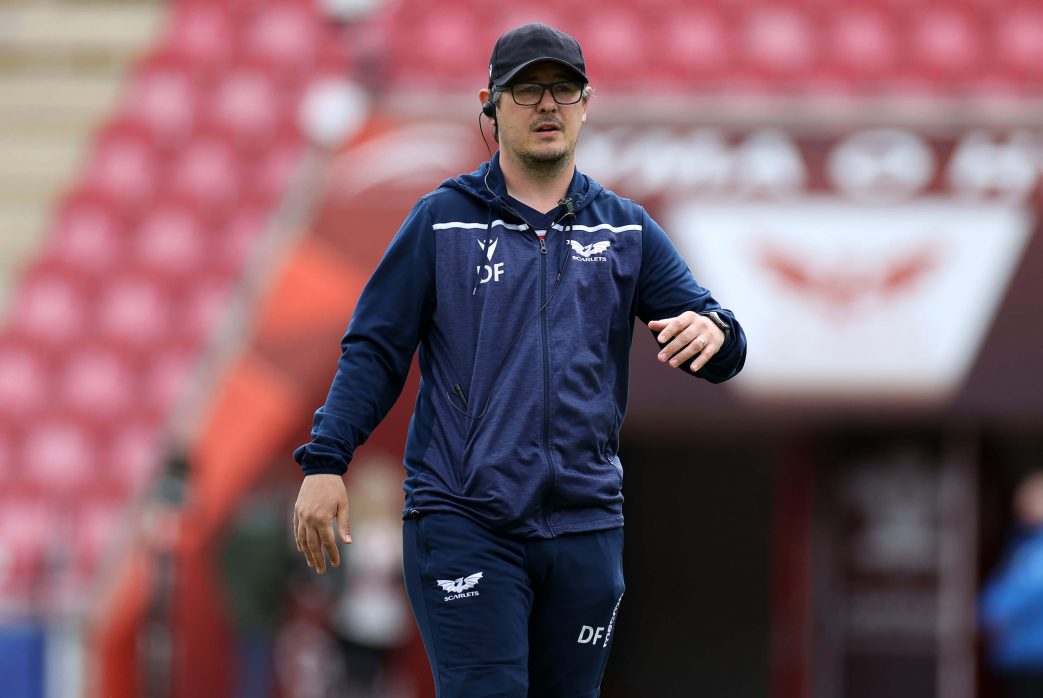 Dai Flamagan spoke to the media after the 29-28 Rainbow Cup defeat to Cardiff Blues. Here’s what he had to say.

Dai, how do you reflect on this week?

DF: “It has been a bit of a whirlwind to be honest. I have made it public how I have been supported by the players and you could see the effort they put in today, they want to fight for things. It was just disappointing that we left ourselves so much to do.”

Dane Blacker made a big impact in the second half. What did you think of his performance?

DF: “Dane’s been outstanding, he’s a pleasure to coach. He adds every time he is involved and I am chuffed with how he went today. He comes in every day to get better and competition here breeds improvement. We have one nine going with the Lions, one who’s been with Wales and one pushing both of them. Will Homer has been excellent for us as well this season, he’s been the ultimate pro.”

What went wrong in that first half?

DF: “We were fortunate to be in it if we are honest, the Blues blew us off the park. That is where we need to find the answer, we can’t keep trying to get back into games. In the second half I thought our kick chase was outstanding, we were on the money chasing them down. We pressurised the Blues and made them kick back to us. We have one of the best kicking teams in the league which opens up the avenues for players like Johnny McNicholl and Tom Rogers to create and Dane Blacker to be on peoples’ shoulders, that is the stuff we want to watch, but you need to earn the right to do that and we need to be better earlier.”

What’s the plan for the rest of the competition?

DF: “It’s important that we continue to get people like Ioan Nicholas, Joe Roberts. Josh Helps, game time because they are going to be important next year. Welsh rugby squads need to be strengthened and that is a ownership of us as coaches to produce players who can step up, I am looking forward to seeing more of those players and also my job is to balance the squad to make sure all the players get what they need. There are also some Lions who will get some game time.”