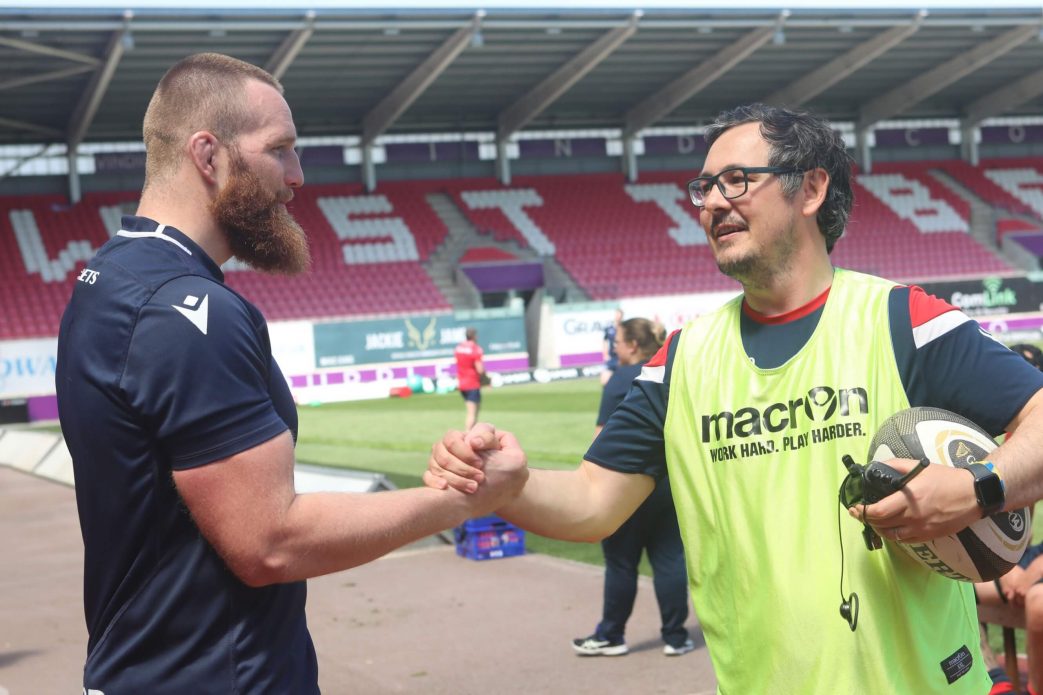 Scarlets interim head coach Dai Flanagan spoke to the media ahead of Saturday’s Rainbow Cup clash with Ulster. Here’s what he had to say.

How are you approaching Saturday’s challenge against Ulster?

DF: “We started slowly against Cardiff and could have been blown away in that first half to be honest. We started slowly as well against Ulster earlier in the season so we have to make sure that we nail our match-day prep to be on it from minute one. Ulster have really expanded their game in recent matches playing a lot more from deep, they are a good attacking team with a lot of physical ball-carrying presence and our challenge is to stop that.”

You are going up against Dwayne Peel, how will that be?

DF: “I have spoken to Dwayne once or twice since he had the post, but not about this game because he has a job to do with Ulster and I have a job to do here. I am sure we will catch up after the game.”

Which Lions will be involved this weekend?

DF: “Wyn and Liam probably won’t have any game time before they leave with the Lions unfortunately, they have been in a rehab programme. They have worked hard to be involved but unfortunately have just not made it. Games haven’t fallen right for them in terms of timing. They have worked extremely hard around the group, helped prep us but unfortunately just missed the date. Gareth Davies will be in the 23, Kieran Hardy is ok but unfortunately Dane Blacker has picked up a bit of a foot injury and is in a boot for a couple of weeks, we are waiting to see whether he will be back for the Edinburgh game.”

How good will it be to be playing in front of 500 fans?

DF: “Boys work extremely hard on their pathway and their journey through their career to play in big games in front of people, as soon as they return the better for everyone. Everyone associated with the region would love the fans to be back, we’d love to try and put on a show in the final game of the season.”

A last day for Jake Ball, how has it been?

DF: “He’s had a couple of speeches on and off these last couple of weeks! We had our sign-out post Blues when we presented the boys with a jersey when he spoke then, he had to do another one in a meeting and another on the field today. It  has been an emotional day for Jake.  Family is the number one priority in life, it should always come first and it is important he gets home to be with them now. Jake’s character is one that is built on good values, good morals and he is a proper team player. Whatever he does he does 100%. For the Ospreys game, he knew it was his last game and was outstanding in that match,  but he met me on Monday morning and said ‘what I can do to help you prepare the team’ and he has been outstanding every day since. Our second rows have gone up against Jake the last two weeks and he has given everything every single day. It would have been easy for him to say ‘I am out’, but he hasn’t done that. That is the character of the man.”