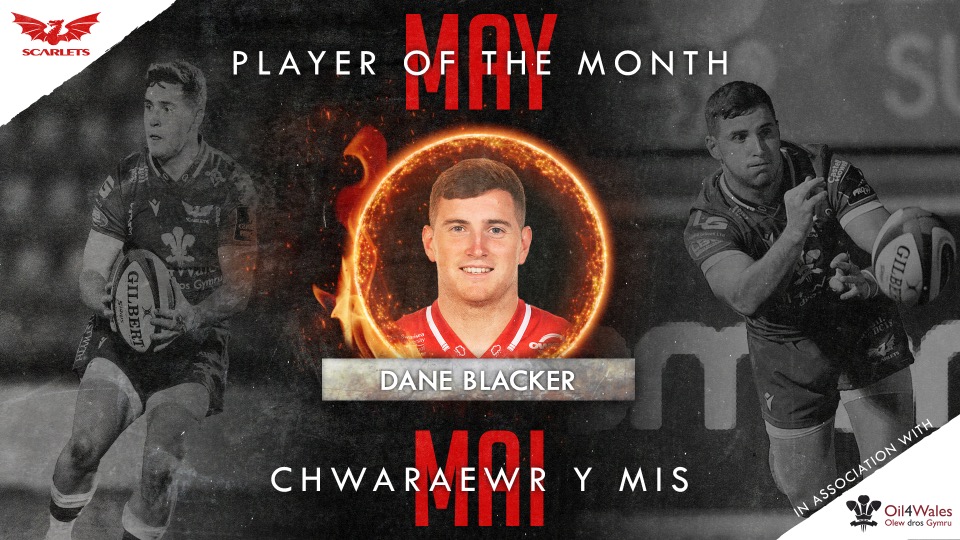 He’s done it again, Dane Blacker has topped the voting for the Oil 4 Wales Scarlets player of the month for the second month running.

The in-form scrum-half polled 50% of your online votes, beating nearest rival Leigh Halfpenny as well as Kieran Hardy and Ryan Elias to the May award.

Blacker has enjoyed an impressive campaign and is the Scarlets’ leading try-scorer this season with nine to his name, pushing himself into international contention for this summer’s Wales Tests against Argentina and Canada.

He is currently nursing a foot injury but is hoping to be fit for the Rainbow Cup finale against Edinburgh on June 13.

He is the first Scarlet to pick up a monthly double having also won the April award. The other winners for 2021 are Sione Kalamafoni (January), Jac Morgan (February) and Steff Hughes (March).