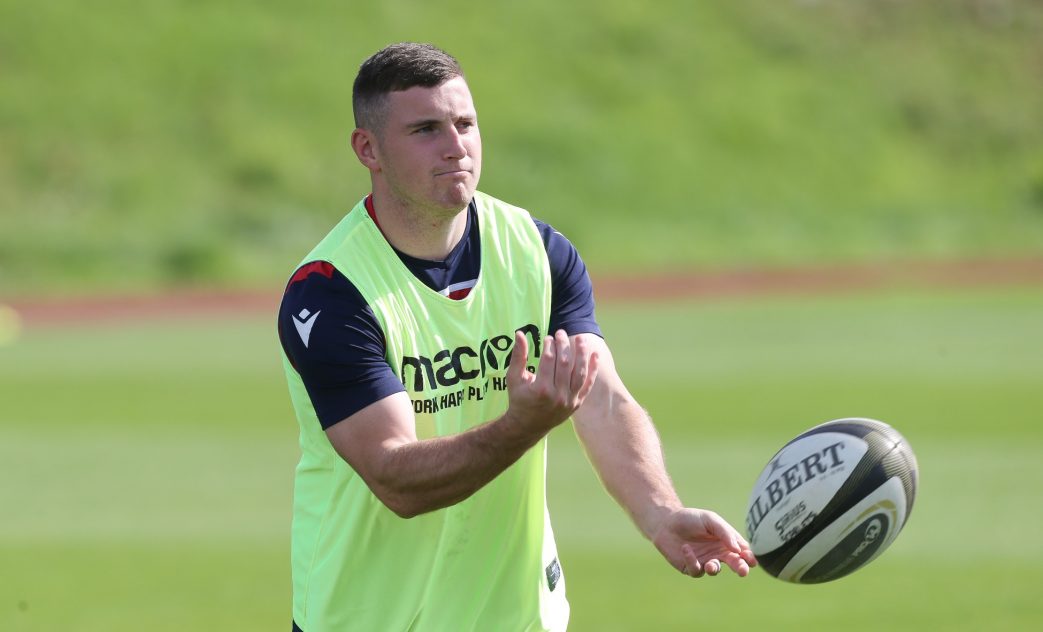 With 11 tries in his last 15 appearances in a Scarlets jersey, Dane Blacker is proving to be one of the deadliest finishers in the United Rugby Championship.

And as the Scarlets prepare for the opening match of their South African doubler header in Durban this weekend, the 23-year-old is relishing another opportunity to showcase his credentials.

With Wales international nines Gareth Davies and Kieran Hardy back amongst the squad following the Autumn Nations Series, Blacker is well aware he has to make every opportunity count in the scrum-half slot.

But you won’t find the youngster from Ynysybwl shying away from the competition.

“It’s brilliant, it’s a healthy competition and it pushes me as a player,” he said ahead of Saturday’s round six clash with the Cell C Sharks at Jonsson Kings Park.

“Gar and Kieran are both quality international nines and opportunities don’t come around often, but when they do you have got to take them.

“For me, it is about trying to get into that match-day squad as much as I can. I know how tough it is to get a chance and if you don’t take that chance you might not play again for a couple of months

“All the nines here are pushing each other and making each other better players and for me learning off Gar, Kieran and obviously Dwayne, with his knowledge and having played at the highest level, and taking things and adding them to my game is brilliant.

Blacker’s two superbly-taken tries against Benetton prior to the international break proved crucial in helping the Scarlets register a welcome bonus-point win.

Now attention turns to the challenge of playing 8,500 miles away in very different temperatures as the South African sides prepare to make their home debuts in the tournament.

“We’ve had a good few weeks preparing for the trip, it’s been pretty tough, we’ve been working hard on our game because we know we need to be as best prepared as we can for a big challenge ahead. It is exciting,” added Dane.

“We know exactly what the South African sides are going to bring, they are big physical men and they will try to win the gainline. They have a lot of pride playing at home and will be very different on home soil; it is crucial that we match them in that physicality battle.”

Blacker, who cites Springbok Faf de Klerk as the toughest opponent he has come up against, is no stranger to the Rainbow Nation having toured there with Wales U18s (a squad that included current Scarlets team-mates Corey Baldwin and Ryan Conbeer), Wales U20s and as part of the Wales 7s side on the world series circuit.

His form at the end of last season propelled him into the discussions for a possible spot in Wales’ summer squad.

If he can continue his impressive showings in a Scarlets shirt, who knows what the future holds?

“Every young player wants to play for their country,” he adds. “It is definitely an ambition of mine. It is just about getting my head down, trying to play as well as I can for the Scarlets and do the best I can.”