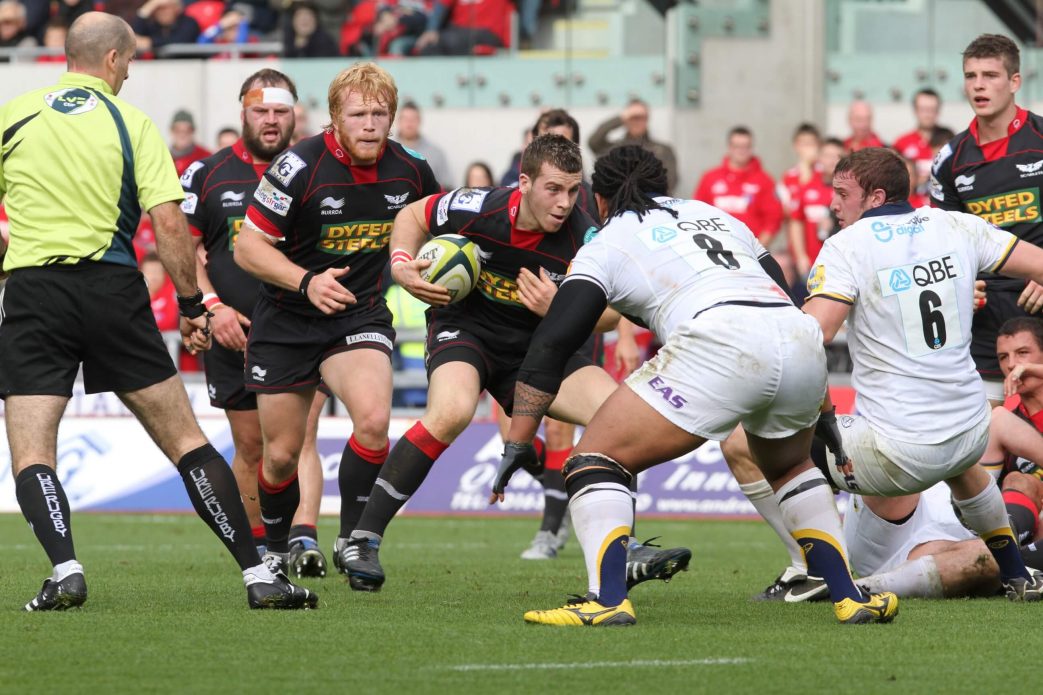 Gareth Davies admits it will be a surreal experience when he runs out for his 200th Scarlets appearance on Saturday.

The Wales international scrum-half will become one of the few players from the regional era to reach that milestone when he takes the field against Bath at The Rec — 11 years after his senior debut.

Davies, who turned 30 this year, made his Scarlets bow as a replacement against the Dragons in Newport 11 years ago — Ken Owens and Aaron Shingler are the only survivors from that game still part of the Scarlets squad.

“I remember playing at Coleg Sir Gar and I got the opportunity to go into the Scarlet Academy; getting into the academy and just being involved in the Scarlets environment was a big achievement. I started training with the seniors, signed my first development contract and then a couple of professional contracts after that.

“I just remember looking up to the senior players back then, the likes of Stephen Jones, Vernon Cooper, Deacon Manu, Johnny Edwards, now I suppose the younger players starting out look at me as one of those which is a bit weird.”

With more than 50 tries under his belt in those 199 appearances, the Newcastle Emlyn product boasts an impressive highlights reel of spectacular individual scores, including brilliant efforts in the wins over Leinster and Munster on the way to the Guinness PRO12 title.

But among those favourite moments in a Scarlets jersey, the 2018 European win at The Rec – the venue of tomorrow’s Champions Cup opener – stands out.

“It is one of my favourite victories in a Scarlets shirt, It was a special night,” he adds. “The moments that stand out? I enjoyed making that break and putting Parkesy under the sticks and, of course, Tadhg’s try when Patch fielded the ball and we went the length of the field.”

Preparation this week hasn’t been ideal with Davies one of the international boys returning to Parc y Scarlets at the start of the week, while the remainder of the squad were back in on Thursday following their 14-day Covid isolation.

“We have been a bit short-staffed, but a good group came back from Welsh camp along with a few others who survived the close contacts so we have had enough to have a couple of good sessions and the boys are looking forward to Saturday,” adds Davies.

“We all know our game-plan so we will all be on the same page. We know the way we can play so hopefully we can deliver on the pitch.

“Bath have been one of the best clubs in the Premiership over the last year, they have really grown as a side and we know it is a big challenge for us, but it is one we are looking forward to.”