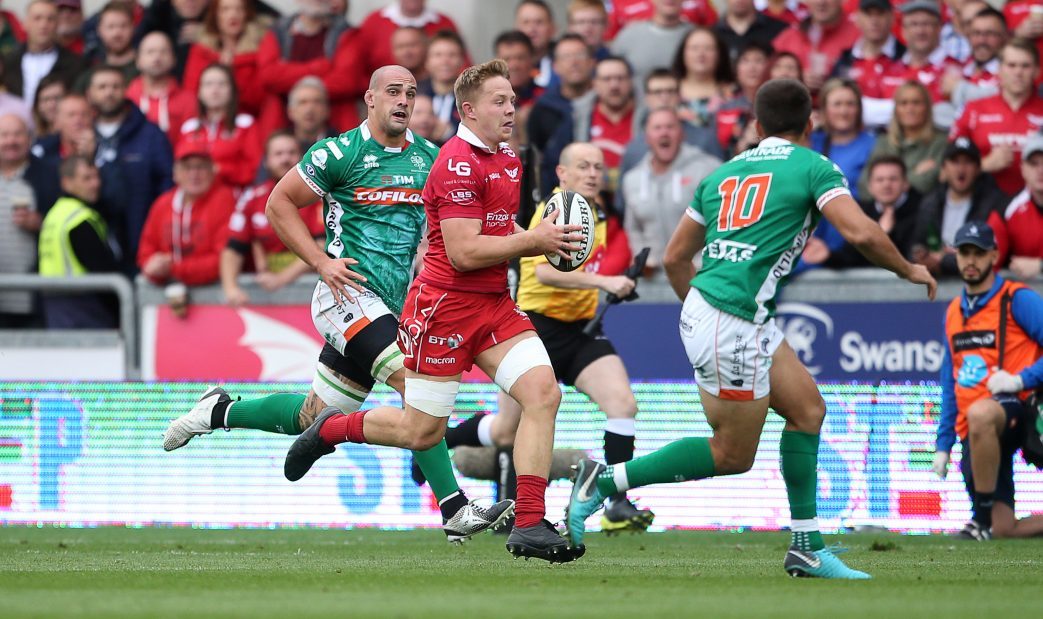 With the Scarlets preparing to take on Connacht Rugby, at Galway’s Sportsground on Saturday evening, head coach Wayne Pivac has shared the latest from the region’s medical room.

Flanker James Davies left the field in the first half of Scarlets’ Guinness PRO14 clash against Benetton at Parc y Scarlets on the weekend. Commenting on Davies’ injury Pivac said; “

“James sustained a knee injury and he will be seeing a specialist. We’re not sure time wise how long he’ll be out for but definitely out for this weekend. He’s had a scan done and we’ll know more once that’s been reviewed by a specialist.”

Loosehead prop Rob Evans and flanker Josh Macleod suffered shoulder injuries in the Leinster clash. Pivac went on to say; “Rob and Josh are both doing really well in their rehab. Those were two injuries that could have been much worse. They’re probably a couple of weeks away rather than anything longer.

“Uzair Cassiem will be available for selection this weekend. He’s been looked after well by the medical staff and he’s come through well. Match fitness will be the big thing now, that’s the most difficult thing when you get injured early in the season.”

Finally, commenting on Jonathan Davies he said; “Jon is on track for next week. Hopefully we’ll get a full week’s training out of him next week, in which case he’ll be good to go.”