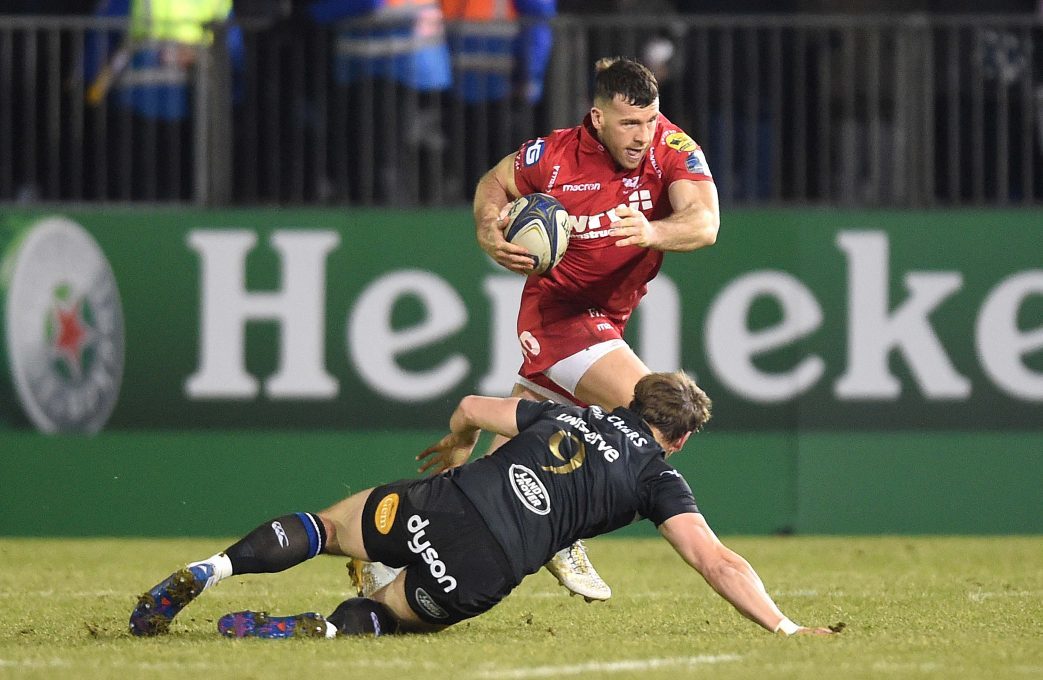 Scarlets scrum half Gareth Davies scored a brace of tries in the third and fourth rounds of the European Rugby Champions Cup, against Benetton Rugby, to help keep Scarlets’ hopes of making the quarter finals alive.

The emphatic victory over Bath Rugby on Friday night sees the Scarlets head into the final pool game needing a win to claim their place in the knockout stages.

Saturday’s clash against Toulon will be the region’s biggest European crowd with over 12,500 tickets already sold.

Reflecting on the victory at The Rec on Friday Davies said; “It was a great performance and a great feeling in the changing room after the game. It was probably one of the best victories I’ve had in a Scarlets shirt. We knew we had to perform like that to beat them.”

Looking ahead to Saturday’s clash against Toulon he said; “They’re one of the best club sides in the world. We’re expecting a big challenge. Just came up short out there in the first round. Hopefully we can do a bit better this week and come away with another famous win.

“Confidence is a big thing for us and we have to take that in to this week.

“We know we can do it. We thrive on these big teams coming here. It’s a big challenge for us but it’s a challenge we enjoy. Hopefully we can keep going.”

Having grown up in the region Davies has fond memories of big European games of old, he said; “I remember as a child going down to Stradey Park and going to big European matches. I witnessed some good wins when I used to go to every game with my dad. It’s nice to now be a part of that.

“They used to be special nights. I used to love going down there. Being a part of these games here now is pretty special to me.”

A limited number of tickets are available from eticketing.co.uk/scarletsrugby

Make sure you’re #inthepack this Saturday!