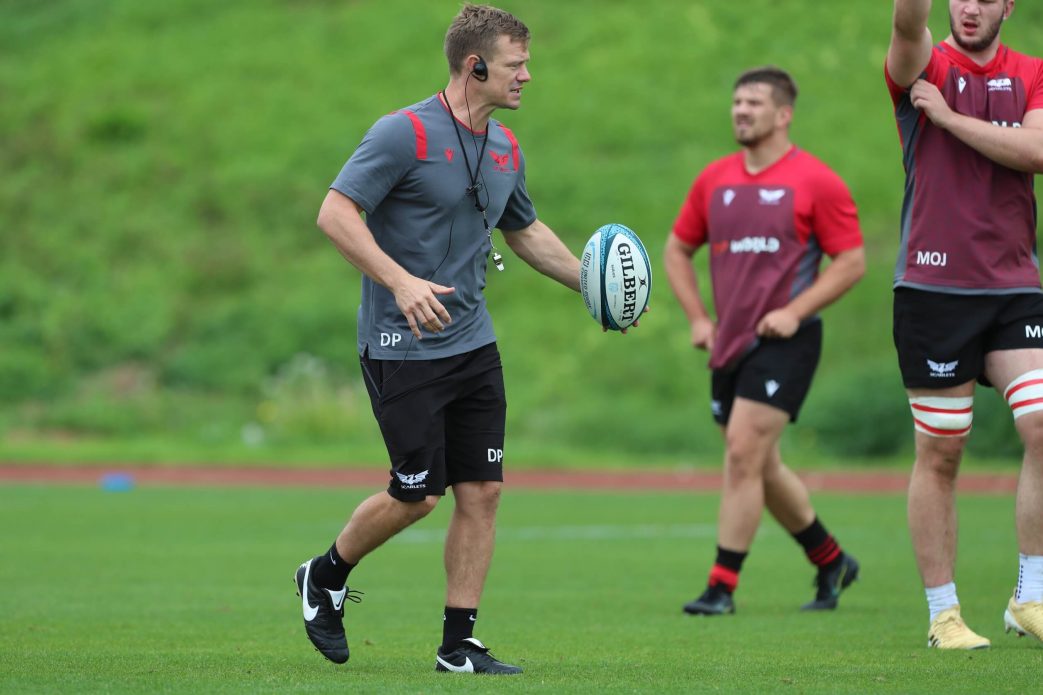 Head coach Dwayne Peel says he is looking forward to the prospect of seeing some of the Scarlets’ bright young talents showcase their talents this weekend.

A number of youngsters are set to be handed their opportunity for Saturday’s pre-season clash with Nottingham at Parc y Scarlets on Saturday afternoon (2.30) as preparations ramp up ahead of the United Rugby Championship kick-off at the end of September.

“We’ve been lucky enough to produce some good talent,” said Peel in his pre-match media conference.

“The athleticism in the backline has been very impressive with the likes of Ryan Conbeer, Corey Baldwin, Thomas Rogers, Ioan Nicholas and others as well. That has been impressive from the word go.

“We also have three scrum-halves who are around the same age. You have Luke Davies, who was unlucky to miss last year’s Wales U20s campaign through a shoulder injury but he’s getting back to close to full fitness, doing all the training albeit in a non-contact bib; Harri Williams has been in the last couple of weeks and Archie Hughes has just been signed by the Academy, he’s another good prospect.

“There’s good competition between the three of them. We obviously have Kieran (Hardy) back and Dane Blacker in that position as well.”

Asked about the return of Corey Baldwin from Exeter Chiefs, Peel added: “He’s athletically very gifted, a big man who moves very well and I’m looking forward to seeing him having a run-out on Saturday, to see where he’s at.  He’s been good in training. It’s been good to have him. There’s a lot of competition in that area for us.”

Peel also gave an update on injured back-rower Josh Macleod, who is recovering from the ruptured Achilles he suffered during the Six Nations.

“He’s been good and I’ve been really happy how he’s coming along. He’s doing everything he can to get back, he’s been very impressive and is a very impressive individual and is working hard to get back. It is nice to see him with the boots running around with the physios, which is a positive sign for us.

“With the nature of the injury in this last sort of period there’s no real timeline yet as to when he’s going to be back for us.  All I can say is he’s running and has a lot of work to get through on his Achilles. I suppose it’s a case of wait and see as to when his date of return is. We should know in the next couple of weeks when and where he’ll feature for us.