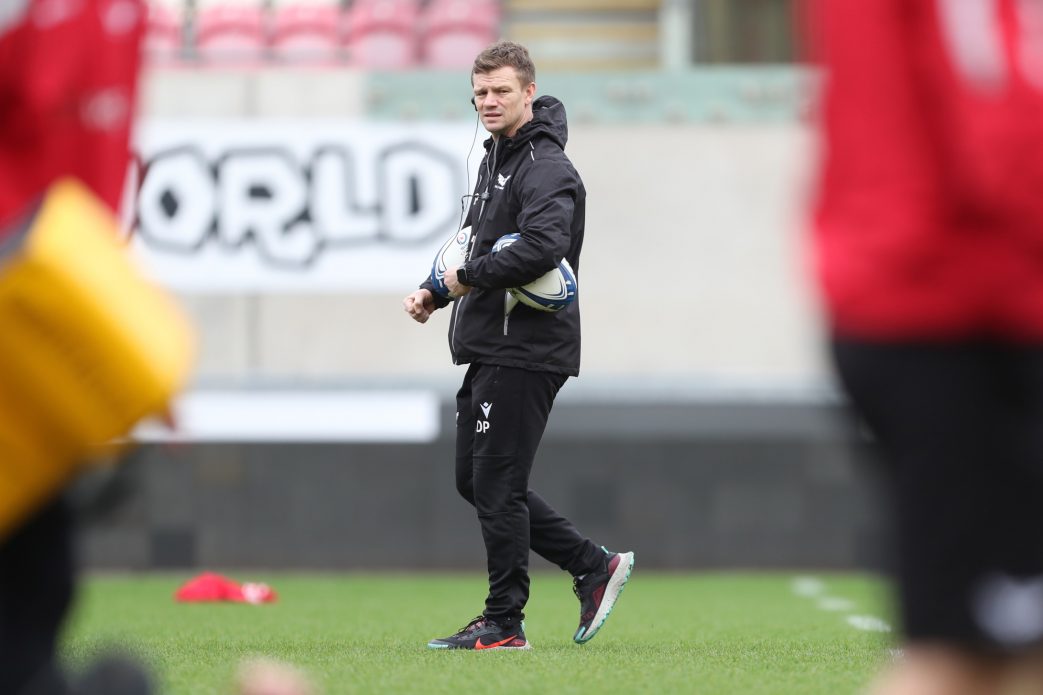 Dwayne Peel spoke to the media today ahead of Sunday’s Heineken Champions Cup clash with Bordeaux-Begles.

Dwayne, the big question is, is the game going ahead?

DP: “Yes, as far as I know the game is going ahead. There are a few hurdles to cross, but we are prepping to go and looking forward to it. This is a great competition, we were disappointed that we missed rounds one and two. We know it is a tough place to go, Bordeaux are flying at the moment, it is going to be a big challenge, but we feel we are in a good place and it will be good for the boys to play in front of fans as well.”

DP: “We are better in terms of Covid than the last couple of weeks. It is such a moving feast you are taking each week and each test as it comes. Having that Ospreys game on New Year’s Day was awesome and we were looking forward to pushing on and playing games and we know that will come because we have a lot of games ahead of us – Bordeaux, Bristol and Ulster in this block and more rescheduled matches during the Six Nations. It just seems crazy that we are in the second week of January with six games under our belt. We have a good feeling in our group, the boys are training hard and we have been preparing as well as we can.”

Where would a win in Bordeaux rank for the club?

DP: “It would be right up there, France is always a special place to play in European competition. You have to be prepared to go there and play because you are going to be under the pump at times. When you think of all the big scalps Welsh teams have taken in France, they have been under the pump in a big way, you have to stick in the game and dig in and then you have a chance. It is about having that mentality to fight for the 80 minutes and see where you are at the end of it.”

What are Bordeaux’s threats?

DP: “They have a quality back-row with (Cameron) Woki in there, they have a strong set-piece as you can imagine, international half-backs and dangerous players out wide. The reality is they are a quality outfit and French league leaders; they have taken some big scalps already this year. If we give them space and time they will come after us. The big thing for us is that we don’t give them that and we take our game to them.”

What is the latest on Ken Owens, Johnny Williams and Josh Macleod?

DP: “Ken has had a procedure (on his back). He is doing rehab and the plan is to get him back playing this season. With that sort of injury, it’s caution, especially where Ken is in his career. We are not going to be risking anything with him. The thing for him is that we get him back on his feet and back in training, when that time is right, and we will see where we are with that.

“As for Johnny and Josh, they won’t be available for the next couple of weeks. Johnny, unfortunately, pulled his calf towards the end of our South African trip, so he’ll be out for a couple of weeks. We’re not far off with him, but he won’t be right this week.

“Josh is obviously bitterly disappointed.  The guy has worked so hard and been fantastic in training, leading up to the Ospreys game.  To have that hamstring injury so early in the game is obviously a killer blow for him. He was so excited about coming back and had worked so hard to come back.  But, look, it’s one of those things in sport.  One thing I know about him is that he’ll get back on the horse straight away.  He’s straight in the gym doing his rehab etc. Hopefully, we’ll see him in the shorter rather than longer term back in a Scarlets shirt.”