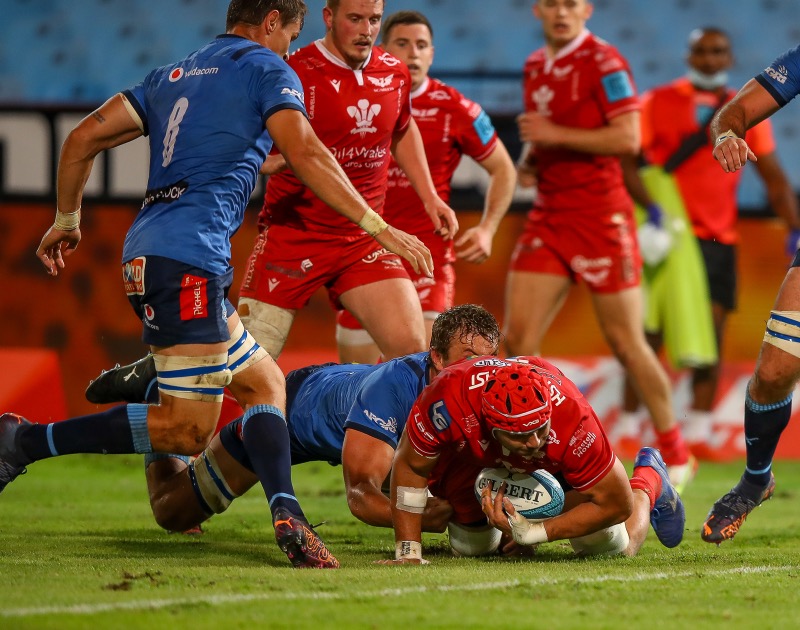 Head coach Dwayne Peel has told his players to lick their wounds and look to come back stronger as the Scarlets prepare to take on Zebre in their next URC assignment on Saturday.

The squad returned from South Africa on Sunday having been well beaten in the second match of their tour against the Vodacom Bulls in Pretoria.

A sluggish start from the visitors set the tone for a dominant 57-12 Bulls victory and Peel has urged his players to bounce back quickly from the setback as they turn their attention to a trip to Parma.

“The start defined our game, we spoke at length in the week about the start being so important to us. We saw what they did to Munster, unfortunately we didn’t start accurately and let them into the game and they are a good side and when they got on top of us they were physically very imposing and it was difficult,” said Peel.

“When we look back at the game we will be disappointed at some of our play. I felt we coughed the ball up and slipped off too many tackles which gave them momentum and discipline hurt us again. There is plenty for us to work on.  Once they got momentum it is very difficult with the power they have to hold them

“Saying that, the last two weeks have been good for us in terms of getting away and some young guys having opportunities and understanding what touring is.

“I spoke to the guys in the changing room afterwards that we have to be at a level and If you are not at a level against a top side like this you will get punished. A number of sides have been here and have been punished the same, unfortunately we were on the back end of it. It was a tough night for us, we have to lick our wounds and work hard and make sure we are better next week.”