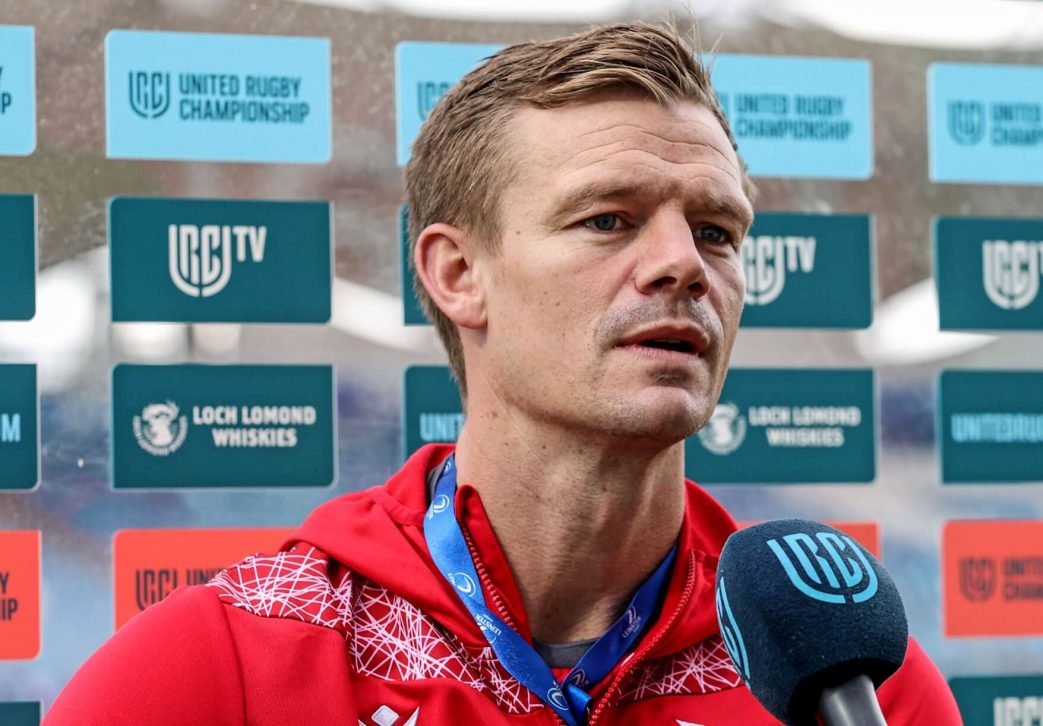 Dwayne Peel spoke to the media ahead of this Friday’s United Rugby Championship clash with Benetton. Here’s what he had to say

Another heavy defeat last weekend, but fair to say a different performance from Munster?

DP: “I think that’s fair. We are obviously not happy with the end result, that is the bottom line. I thought there were some areas of improvement, there was an energy about us, especially early in the game and for that first half hour we competed well. We felt at half-time we were definitely still in the game and were disappointed we didn’t allow ourselves to get back into our game-plan. We have had a tough two weeks and have spoken about that as a collective but we are focused on where we want to go. It won’t be that these two games define us, it is important we continue to work hard and look to improve week on week.”

How have the boys reacted to the defeat in Dublin?

DP: “There was a different disappointment after Leinster. There are 10 guys who have gone away to Wales;  there is a different group and boys have trained hard and are deserving of an opportunity this weekend against Benetton. They are a good bunch, they are together. They are obviously hurting from the last two weeks and should be, but it is the start of the season and we are trying to put new things in place.”

What are your thoughts about having to travel to South Africa after the autumn Tests?

DP: “It is difficult, Wales play Australia and then we play in Durban a week later. Then coming back from Africa we are straight into Bristol in Europe. That period is testing but exciting; it is exciting to go and play in Durban and play in Loftus against the Bulls, that for our players will be a huge experience and we have to embrace that. It is an awesome rugby experience, it is going to be difficult, but that is what the league poses now.”

What about your long-term injury concerns?

DP: “We were hoping Josh Macleod and Patch would be involved at some point up to now, unfortunately they haven’t made it. We are talking a couple of weeks, touch wood, hopefully they will be back shortly.”

What can the Scarlets fans expect on Friday night?

DP: “There have been flashes of what we can offer in these four games. We have to show the desire to play and keep backing ourselves to play. For me it is about getting better at what we do. We have told the boys this week that we back them to play, we have shown we can and we are backing them to keep doing it. We have to have a firm belief in where we are going.”

Aaron Shingler will make his 200th appearance on Friday. What are his qualities?

DP: “It is great for him and I’m really pleased for him. Shings was here when I was playing here, he was playing for Llanelli back then, having come from cricket and I remember he had no meat at all on him, there’s not a lot on him now! He has been a great player, he has a great attitude and nobody trains harder than him.”