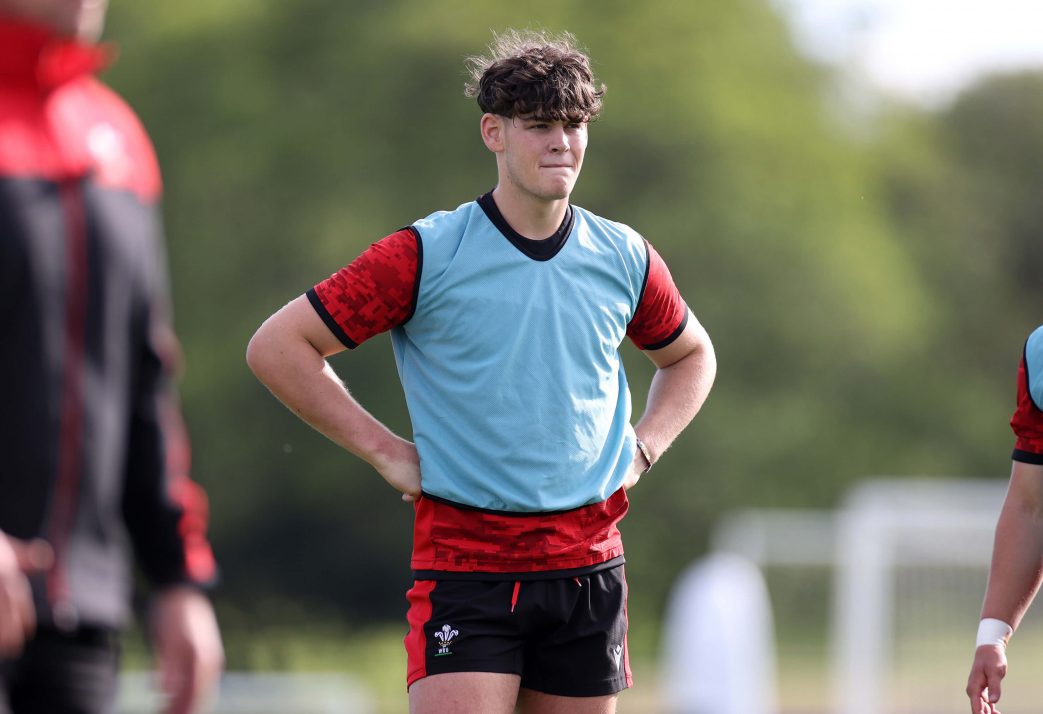 Scarlets centre Eddie James has been handed his first Wales U20s start in a much-changed side to take on France in the third round of the Six Nations in Cardiff on Thursday (KO 5pm S4C).

The powerful midfielder is among eight changes made by head coach Ioan Cunningham following defeat to Ireland last time out. He is joined in the starting XV by Scarlets team-mate No. 8 Carwyn Tuipulotu with half-backs Harri Williams and Sam Costelow named among the replacements.

“It’s a chance to give guys an opportunity plus we also felt the guys who came off the bench against Ireland made an impact so they get an opportunity to get a starting shirt,” said Cunningham.

“With the nature of the competition, it’s a chance to just freshen things up and give guys who have not had many minutes in their legs start – hopefully, they have got more energy and they can start the game well and the bench can come on and finish it off.”

Wales are expecting the French to come fully loaded after they rested a number of key players for their second round clash against Italy.

“If you look at the table, we are both close to each other with a win each so if you look at the games remaining, then this is a big one really. I expect them to come out with their strongest team,” explained Cunningham.

“They are a very good side with exceptionally talented players and possess big forwards who are athletic but they also have got electric backs. If you are not on your game you can get punished and the scoreboard can climb up quite quickly so that is another challenge for our group to see how we respond from the Ireland game and take the learnings from it and hopefully turn it around in a short space of time.”