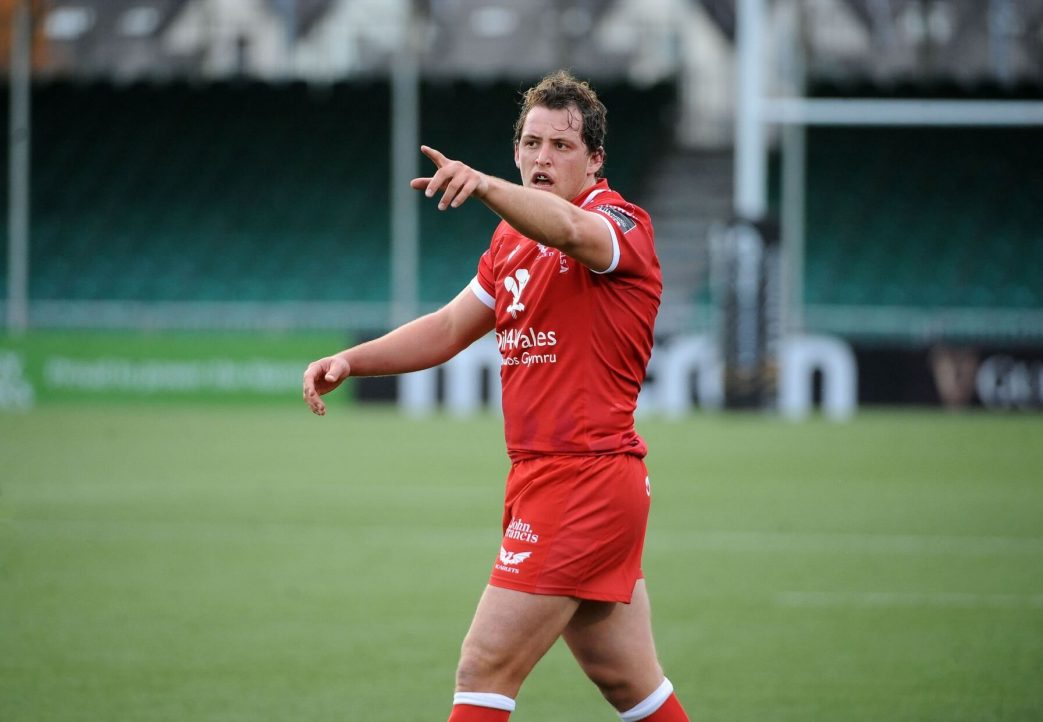 Ryan Elias will let his performance do the talking as he takes over the captain’s armband for Sunday’s Rainbow Cup opener against the Dragons (13:00; Premier Sports).

Elias will skipper the Scarlets for the first time, a proud moment for the Carmarthen hooker who has come through the age-grade system at the club.

Still only 26, Elias’s previous experience of captaincy has been brief, limited to his school and junior days.

But the Wales international is relishing the prospect of leading out the side at Rodney Parade.

So what will be his captaincy style?

“I’m not a guy who wants to be talking too much,” he admits. “I’ll try and relax into it, not worry about it too much and be the way I usually am. That way you’ll get the players’ respect, you are not changing in any way.

“Hopefully, I’ll lead from the front and say the things that need to be said at the right times.

“To be fair, Ken and Steff, who are both great captains, have come to me this week and talked me through how it all works and (asked) if I needed any tips or whatever. it’s something new for myself and I’m really looking forward to it.”

To add a bit of extra homework to his week at the helm, Elias has had to get to grips with the new laws being trialled in the competition, notably the captain’s challenge.

“First time as captain and they bring that in!” he jokes. “It will be interesting.

“It’s about making sure I can understand what I can appeal etc. We’ve also looked at the goal-line dropout to see if we can utilise it in ways that can benefit us. It’s about getting the ball back in the game and attacking rugby rather than being camped on the five-metre line having loads of scrums. Hopefully, that’ll suit us as well.

“We’re just going to go into the game, concentrate on the things we know and hopefully it’ll play out all right for us.”

Elias admits there was a frustration during the Six Nations campaign as one of just two players who didn’t make an appearance for Wayne Pivac’s title winners. Covid restrictions also meant he wasn’t able to return to play for the Scarlets.

WIth 17 caps under his belt, he remains philosophical about it all, though. “I’m 26, still young in my eyes, and I have a lot of rugby left in me,” adds Elias, who recently penned a new contract at Parc y Scarlets.

“So that’s what I try to do when I’m feeling frustrated: I look at the positives.

“I have plenty more years left in the game; hopefully, the best is yet to come.”

Asked about the decision to hand the captaincy to Elias, Scarlets head coach Glenn Delaney adds:  “How do I think he’ll go as captain? I think he’ll be a calm, assured leader.

“He’ll probably be in the mould of ‘I’ll carry the ball hard, I’ll be physical and that’s my style’.

“I’m sure he’ll grow into the role over the course of the game.

“When we look at the team and how we see it going forward over the next two to three years, we have to grow a leadership group of players who are roughly in their mid-20s.

“There’s been a lot of work done on it.

“Ryan’s been a big part of that and this is an opportunity to show what he can do on the battlefield.”