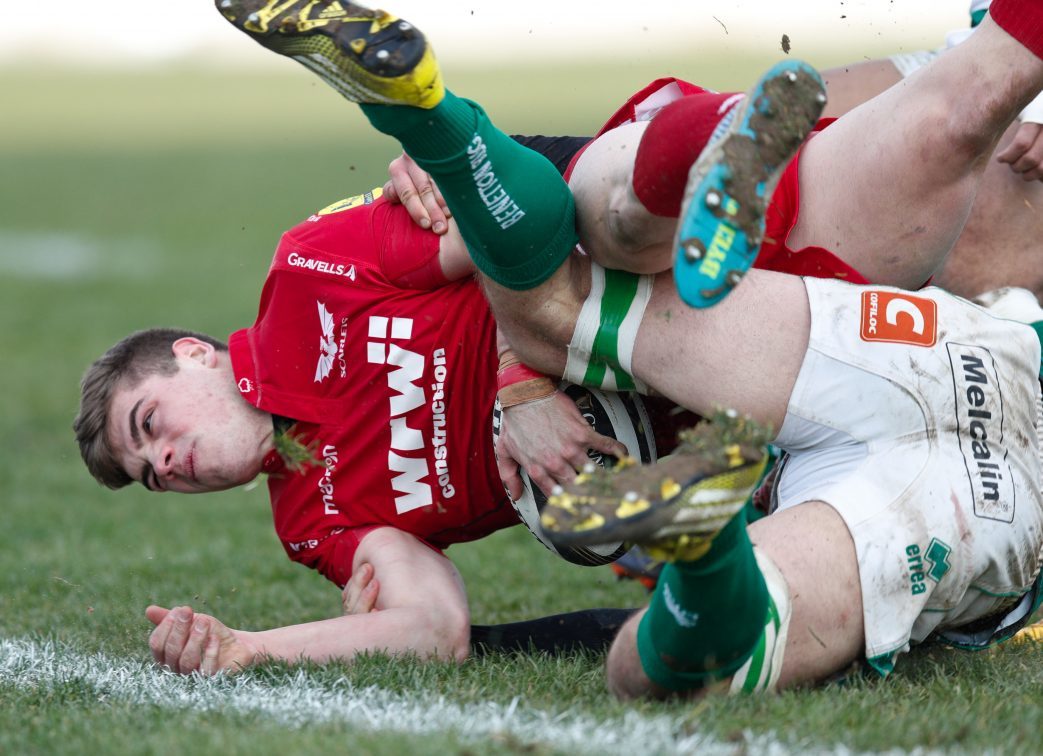 Scarlets take on Ulster on Saturday evening as the Guinness PRO14 returns to Parc y Scarlets.

The Scarlets have named an exciting matchday 23 for the Saturday night game as the West Wales region look to get back to winning ways in the championship to keep the pressure on Leinster, who currently claim the top spot.

Wales Under 20s winger Corey Baldwin makes his first start in the Guinness PRO14 as he lines up alongside Tom Williams and Ioan Nicholas in the back-three.

Steff Hughes leads the side once again and is partnered with Australian Paul Asquith in midfield. Dan Jones and Jonathan Evans retain their places at halfback.

The pack remains unchanged from last weekend with both Ryan Elias and James Davies returned from Wales camp.

Hooker Emyr Phillips will reach a career milestone as he makes his 150th appearance for the region from the replacements bench. In stark contrast Ioan Hughes will make only his second appearance whilst winger Ryan Conbeer is set to make his Guinness PRO14 debut from the bench.

Scarlets head coach Wayne Pivac said; “We have the ability to open up a bit of a gap on Ulster and push some pressure on them and they’ll know that.

“We know that if we don’t get the result it closes right up. With Leinster next week it’s going to be a testing time for us. We’re working hard with the group to prepare ourselves for what’s coming.

“There’s a good buzz about the group and they’re disappointed with the last couple of results and they’re determined on getting a result this weekend. What we want is a good home crowd to turn out and get behind the team as if it was a European cup match because in the context of the PRO14 these next couple of weeks are very important.”