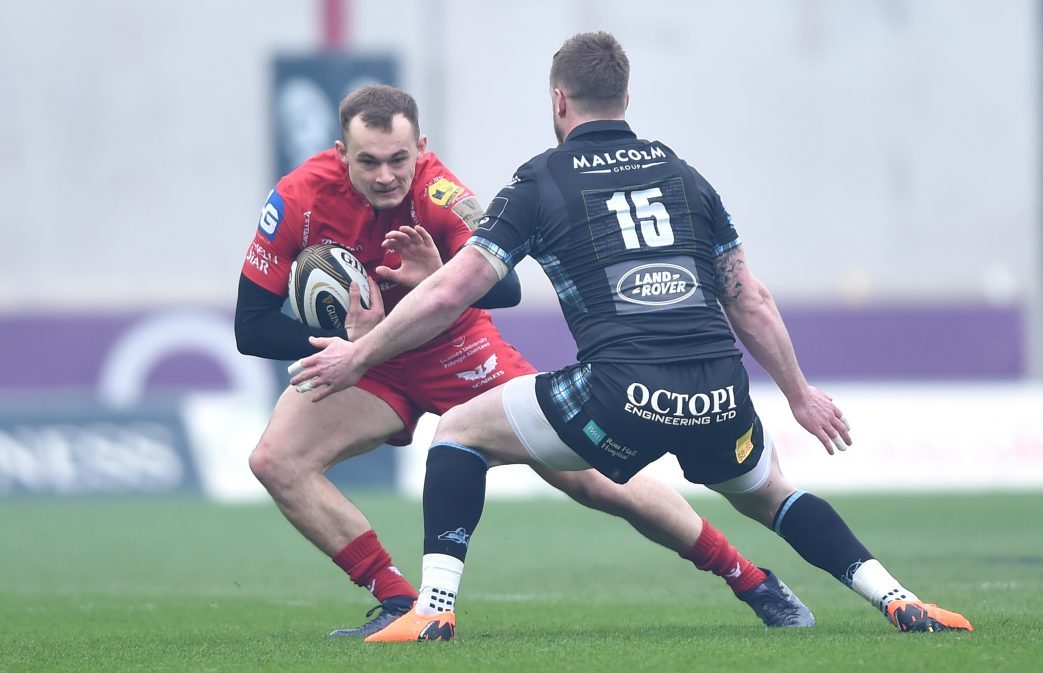 Scarlets take on Edinburgh, at Murrayfield, on Saturday in the penultimate game of the regular Guinness PRO14 season.

The West Wales region, currently in second place in Conference B, will be looking to continue with their momentum on Saturday in order to secure a home game in the Final Series.

Conference B leaders Leinster are four points ahead of the Scarlets with Edinburgh six points behind in third place. A victory for the Scarlets, over Edinburgh this Saturday, will all but secure a home quarter final game at Parc y Scarlets with the Judgement Day clash against Dragons the last remaining hurdle.

With Scarlets still fighting on both fronts head coach Wayne Pivac has put squad rotation in to practice with a European Rugby Champions Cup semi final, against fellow Guinness PRO14 side Leinster, also on the horizon.

Looking ahead to the Guinness PRO14 clash head coach Wayne Pivac said; “We’ve got another big challenge in front of us this week and for us it’s just about staying focused week by week. It’s challenging but exciting and that’s exactly where we wanted to be.

“For us it’s a real test of the squad depth at the moment. It’s unchartered waters for us but certainly something we’re not shying away from. It was important that we got a result against Glasgow and our focus has been to control what we can control. Now we need to win one of the next two to secure a home quarter.

“We expect a very tough encounter. They have a very strong forward pack, their set piece is one of the best in the competition. They’re a good side. It’s one place that we haven’t done particularly well since I’ve been here and we know we’re going to be in for a big night.”

Scarlets side to take on Edinburgh, Saturday 14th April, kick-off 15:15, at Murrayfield;