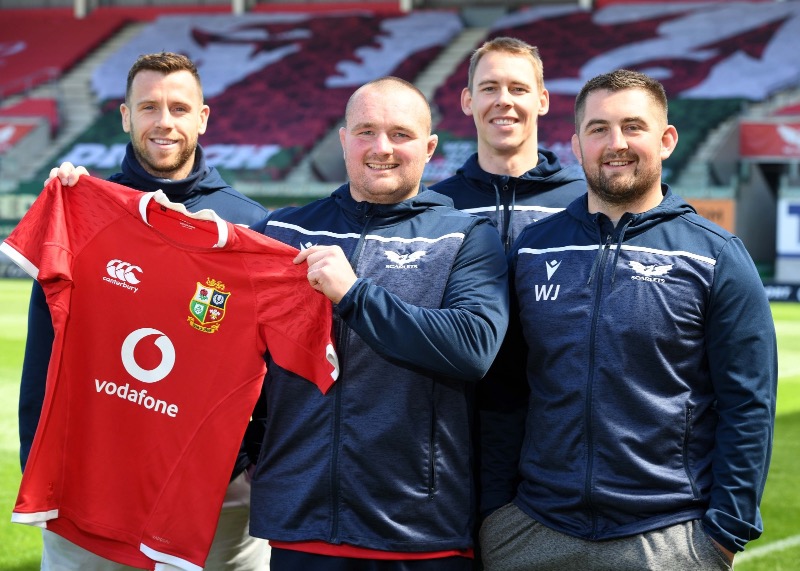 Scarlets will provide a club record-equalling four players to the British & Irish Lions tour of South Africa this summer.

The class of 2021 are following in the footsteps of some of the greats of the game who have worn the Scarlets jersey and red of the Lions.

Those include Delme Thomas, who toured in 1966, 1968 and 1971, current club president and Lions icon Phil Bennett, part of the Invincibles squad that conquered South Africa in 1974 and who skippered the tourists to New Zealand in 1977; the legendary Ray Gravell, a Test Lion against the Boks in 1980 and more recently Ieuan Evans, Dafydd James, Scott Quinnell, Dwayne Peel, Stephen Jones, Simon Easterby, Matthew Rees and George North.

The Scarlets also had four Lions on the all-conquering tour to South Africa in 1974 – Phil Bennett, JJ Williams, Derek Quinnell and Roy Bergiers.

In all, 29 Scarlets have represented the cream of Britain and Ireland, dating back to Ivor Jones, who played five Tests and made a remarkable 20 appearances on the five-month long tour of New Zealand and Australia in 1930.

RH Williams has played the most Lions Tests – 10 in 1955 and 1959 – Delme Thomas has the most appearances in a Lions jersey, playing 44 times across his three tours, while Phil Bennett boasts the most points for a Scarlet with 228 to his name.

*Scott Quinnell was picked for the 1997 tour while at Richmond, Stephen Jones in 2005 while at Clermont Auvergne and George North in 2017 while at Northampton Saints. Gareth Davies was called up for the 2017 tour but was an unused replacement twice.