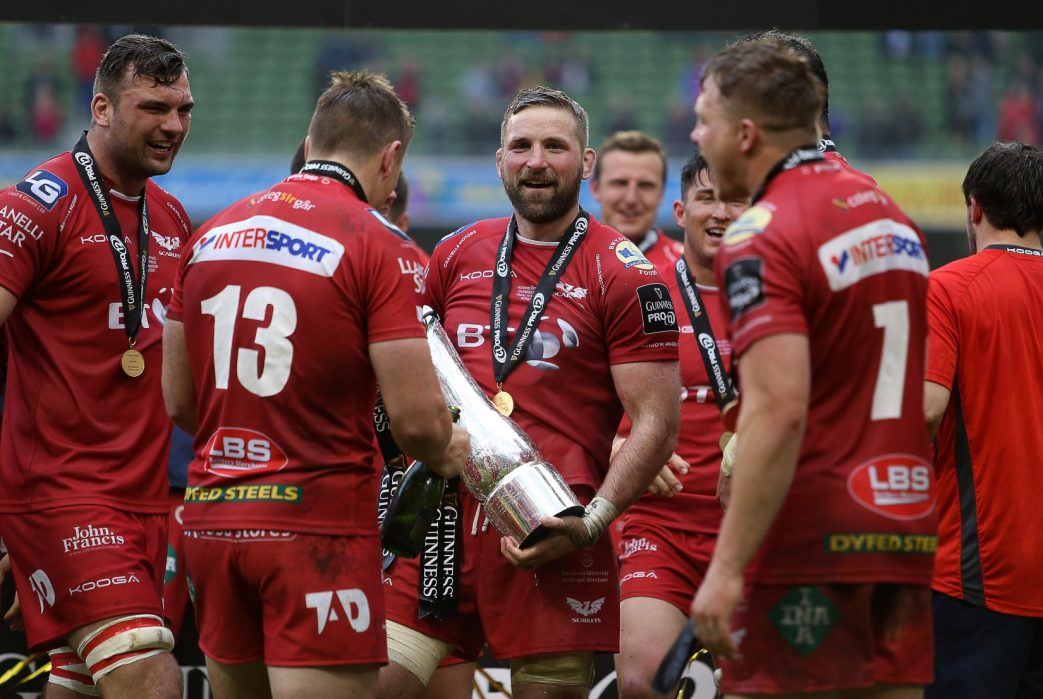 Barclay played 108 matches for the Scarlets over five seasons and memorably captained the side for their Guinness PRO12 triumph over Munster in Dublin in 2017.

The Scotland international back-rower announced the news on Saturday morning and took to social media to Tweet the Scarlets official account saying “thanks for giving me the memories of a lifetime!”

Barclay won 76 caps for Scotland and played in three Rugby World Cups. He left West Wales in 2018 after cementing himself as a huge fans favourite and received a great ovation when he made his return to Parc y Scarlets in Edinburgh colours in February.

He said: “After much thought I’ve decided to call time on my career. When you know, you know and whilst COVID-19 has left a frustrating finish, the end isn’t about the fairytale. The whole story has been a fairytale.

“The opportunity to get to do the thing I loved as a job for 16 years has provided me with enough memories to last a lifetime.

“Whilst there are games that were particularly memorable, and undoubtedly I will miss the physical brutality of the game, what I’ll miss more than anything is the camaraderie and sense of fulfilment after a game, that comes from sharing a joint goal and purpose with friends. The memories off the pitch were as remarkable as the ones on it.

“To get capped was beyond my wildest dream as a child growing up. To be able to captain my country will be something I will be eternally proud of beyond anything else.

“To the clubs I played for; Glasgow, Scarlets and Edinburgh. I feel truly privileged to have played for these clubs. A special mention to Scarlets is a must who gave me my finest memories in a great five-year period. Moving clubs doesn’t always work out. I feel extremely lucky to have been in the right place at the right time with some outstanding players, coaches and men during my spell there. Team, culture, tradition and heritage embodied in one club.

“And most importantly to my family, wife and three children for supporting me and allowing me to pursue my dream, I thank you. Without your support, none of this would have been possible.

“Thanks for the memories. There’s nothing else I would rather have done.”