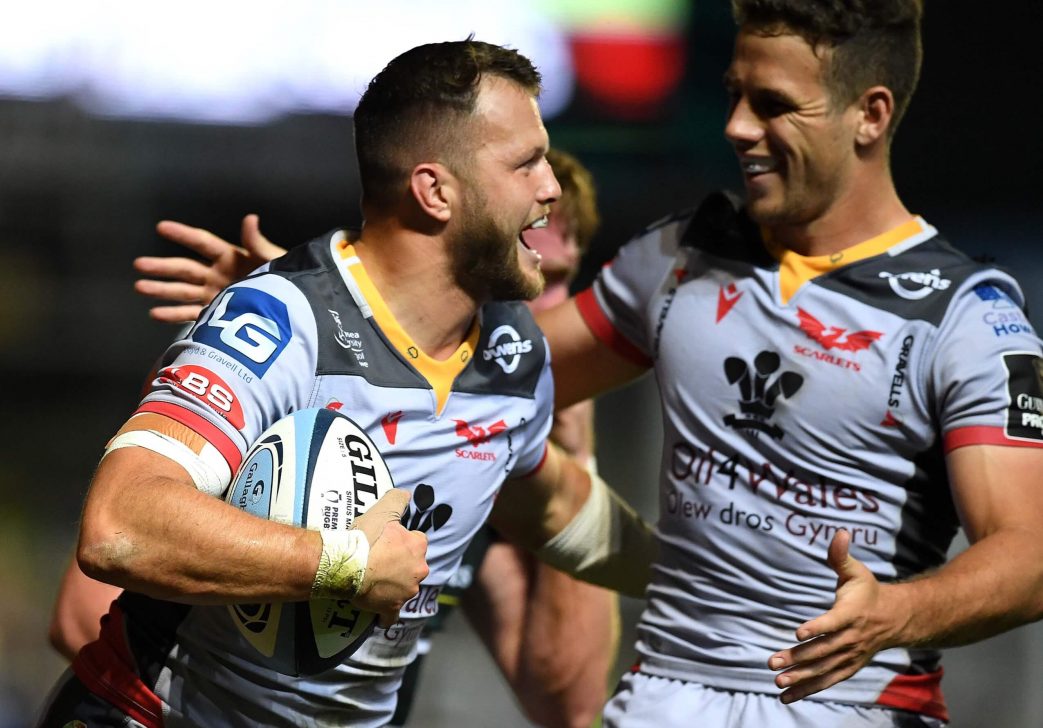 Scarlets continued their impressive pre-season with a 29-24 four-try victory over Leicester Tigers at Mattioli Woods.

A see-sawing contest saw the visitors from West Wales come out on top through some blistering scores in the second period with Steff Evans, Steff Hughes and Ryan Conbeer adding to Tom Rogers’s first-half effort.

Scarlets could have scored a few more, particularly in an opening period that they bossed, but head coach Dwayne Peel will be more than satisfied with a display that will be a real confidence booster going into the United Rugby Championship opener against Edinburgh at the end of the month.

Fielding a side containing 11 internationals, the Scarlets shot out of the blocks and were over for the game’s first try inside five minutes.

Sam Costelow put in a clever chip which was gathered by centre Tyler Morgan; scrum-half Kieran Hardy then took a sharp tap to take his side within sight of the whitewash.

As the pressure piled on it was Tom Rogers, who had come off his right wing, who picked up and found a space in the Tigers defensive wall to dive over

Costelow was wide with the conversion and the Tigers’ response was swift.

A 50:22 kick from England international ten George Ford saw Tigers claim the line-out throw in the visitors’ red zone and a strong surge from new captain Ellis Genge paved the way for centre Matt Scott to cross at the posts. Ford landed the simple conversion.

Scarlets continued to have the better of possession and territory, but spilled possession at crucial moments as they pressed for the line.

Costelow landed a 40-metre penalty to regain the lead for the visitors, but a Ford strike ensured the Tigers held a narrow 10-8 advantage at the break.

It didn’t take long for Leicester to extend their lead at the start of the second half with hooker Tom Youngs crashing over after Scarlets lock Tom Price had been shown yellow for a breakdown penalty.

Ford converted, but the home crowd weren’t comfortable for long as Scarlets stunned the Welford Road faithful with a stunning double-strike.

The outstanding Johnny McNicholl sliced through to set up an attack finished in style by Steff Evans, then Kieran Hardy burst from the base of a ruck before feeding replacement Steff Hughes for a free run to the line.

Jones converted both to make it 22-17, but after the Scarlets failed to gather the restart, Tigers struck again through substitute prop Nephi Leatigaga.

Ford’s touchline conversion set up an intriguing final quarter as both sides emptied their bench.

The Scarlets weren’t done, however.

Some slick handling out wide freed replacement Ryan Conbeer and the flying wing did the rest for his fourth try in two games. Jones again nailed the conversion to make it 29-24 going into the final 10 minute – a lead they were able to hold onto without any further scares.