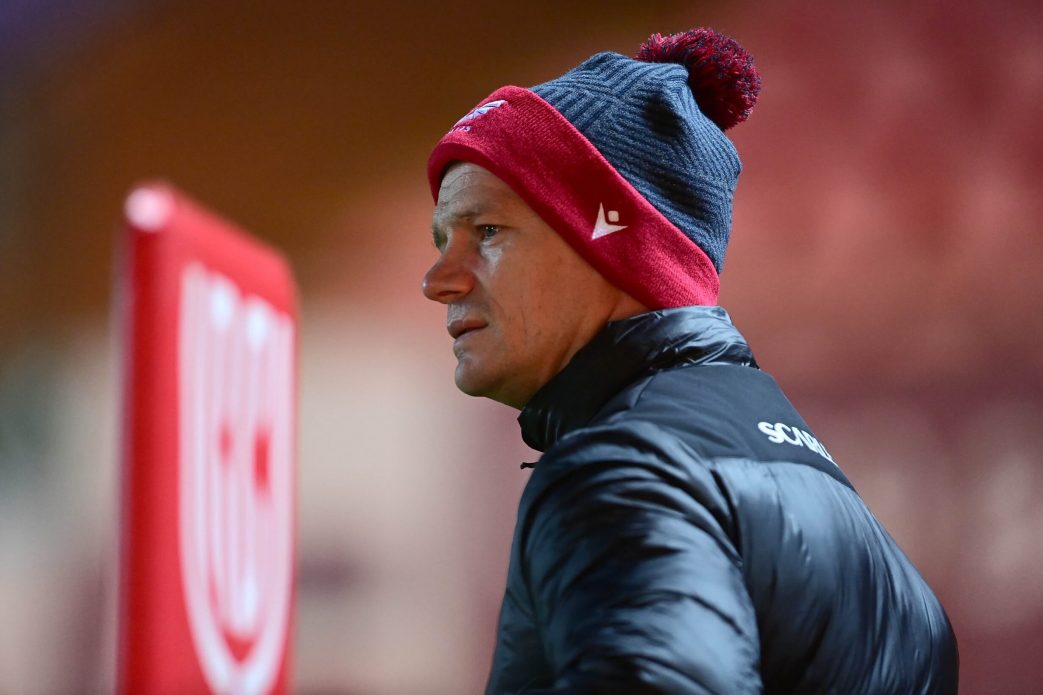 Head coach Dwayne Peel spoke to the media today ahead of his return to Ulster, where he spent four years on the coaching team.

Here’s what he had to say as Scarlets prepare to take on the Northern Irish province at the Kingspan Stadium on Friday night.

Dwayne, a few days on, how do you reflect on the Bristol game?

DP: “We were good for 50-60 minutes! Look, there were some positive elements of the game, but ultimately we were too easy to give up points.  We spoke to the players after the game and you are quite emotional at the time, but it was the same on review, we were working hard for points and they didn’t have to work that hard – that was the overriding feel and that was probably the case in Bordeaux as well in all honesty.”

To what extent are you still playing catch-up after the South Africa shambles in the autumn?
DP: “We are playing catch-up, there is no hiding from that fact. Obviously, not having played that much rugby and being in isolation, it does take its toll especially at that level of top-end European rugby and we have played two quality European sides. At times we have been able to be good and put our game-plan together, but we have not been able to do that for the whole game. Would we be in a better position if we had played two or three games going into Europe? Yes, is the honest truth. We also have a number of high-profile injuries which have hurt us. In the back row we are missing Josh Macleod, James Davies, Tomas Lezana, Blade Thomson, Aaron Shingler. You need an element of luck with your international players, you need them fit for the whole campaign and we haven’t had that over the last couple of weeks. We lost Tomas to a foot injury in Bordeaux, where he was excellent. You need everyone fit and firing at this level of Europe.”

DP: “Tomas and Blade are both unavailable again this weekend. James Davies has been training, he has upped his training well, he has trained most days. One thing I would say about him is that he has been a massive contributor off the field in driving standards and ambition here.  As for Josh (Macleod) and Corey (Baldwin), we are hoping they are going to be ready in the next couple of games, Corey quicker than Josh.”

How much are you looking forward to returning to Ulster?

DP: “It Is an exciting prospect for me personally, I had four great years in Ulster. I was very fortunate to be there at a time where we had a lot of young players come through, the likes of Michael Lowry, Stewart Moore, Nick Timoney and they have really kicked on. It is going to be a big challenge for us, but one I am looking forward to.”

Are we likely to see more young players given their chance on Friday?

DP: “We will be missing players due to international duty and injuries which will give us an opportunity to give some young players game-time and I am looking forward to seeing how they go this weekend. It was always in my plan to do this because it is important that we develop players so we have a strong squad to compete at the top level. They have been training well and deserve their opportunity.”