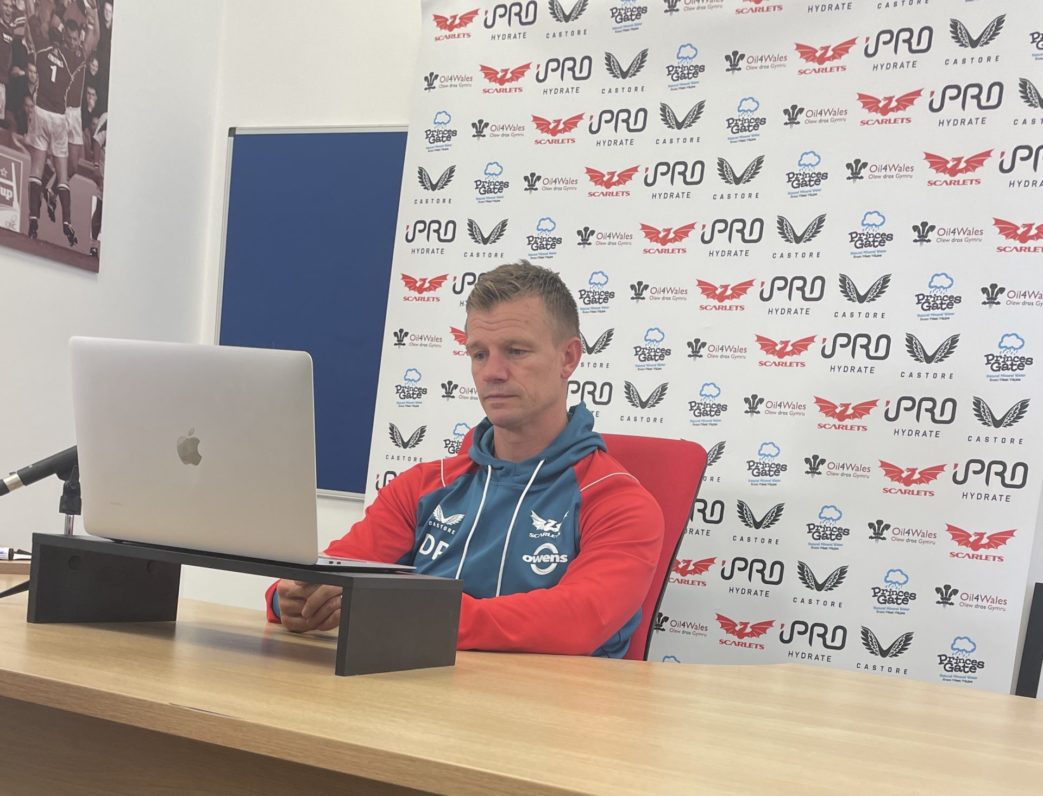 Head coach Dwayne Peel spoke to the media this week as attention turns to the BKT United Rugby Championship round two clash with his former side Ulster on Saturday.

Dwayne, after reviewing the game, which areas do you need to improve on?

DP: “The reality is we didn’t have much ball in the first half, our set-piece looked a bit rusty, a couple of boys hadn’t played and I thought combination-wise we fixed that as the game went on. To be fair to the Ospreys they came after our breakdown and that put us under pressure. We didn’t really get into the game in that first half, we lost a couple of line-outs, got turned over a couple of times and without the ball in the first half we couldn’t get any momentum. Starting is a big thing for us, I felt we grew into the game, the cliche of game of two halves, it was like that. It was a highly contested game, we looked good when we played with speed and tempo, we put ourselves in a position to win it and we didn’t do that so the final point for me in terms of a review is that in the big moments we are clear and we have a next job mentality.”

What elements of the game did you think ‘that is what I want us to be this year’?

DP: “There were periods of the game when we got our hands on the ball and went through phases at speed, some our offloading game was good and yes, it was a bit loose on occasions,  but you have to marry that, being able to push those off-loads especially when we are behind teams is good. We have players who enjoy that and if you have players who can off-load well I like to see it. When we played at tempo and pace we looked pretty good. On the other side of the ball, I thought we looked competitive, we had good line-speed and good collisions at times. The first try we got caught short, but we were competitive in the contact area, and the biggest thing for us is that for that 10 minutes when Costy (Sam Costelow) was off before half-time we defended really well, and managed to squeeze an error. It could have been 20-3 before half-time but that period of defence saved it for us.”

Is Johnny McNicholl available and what’s the latest on Leigh Halfpenny?

DP: “Johnny will be unavailable through his HIA. Leigh (Halfpenny) is back in training and we will see where he is over the course of the next few weeks. He has trained really well and has ramped up his leadership role on the rugby side of things. I am excited to see him. I have not had him available as a coach, he has worked extremely hard so hopefully if things go smoothly, we will see him back on the field, which is what everyone wants.”

What about the challenge of Ulster, a side you know a lot about?

DP: “It’s another home game which is good for us to get that momentum. The task is big,  Ulster played really well and were very clinical against Connacht, their drive was a real weapon, as it has been for the last couple of years. They are a top team as they showed last season. It is a big challenge ahead of us, but we are excited about it. It should be a good one.”

Josh Macleod made an impressive impact off the bench, how pleasing was that?

DP: “He came back at the end of last season after a long time out and injured his shoulder in his first game back, and then needed an operation during the summer so it was great to see him come on and play so well. He was very physical, especially when winning the ball and slowing the ball down which is typical of his style of play.”