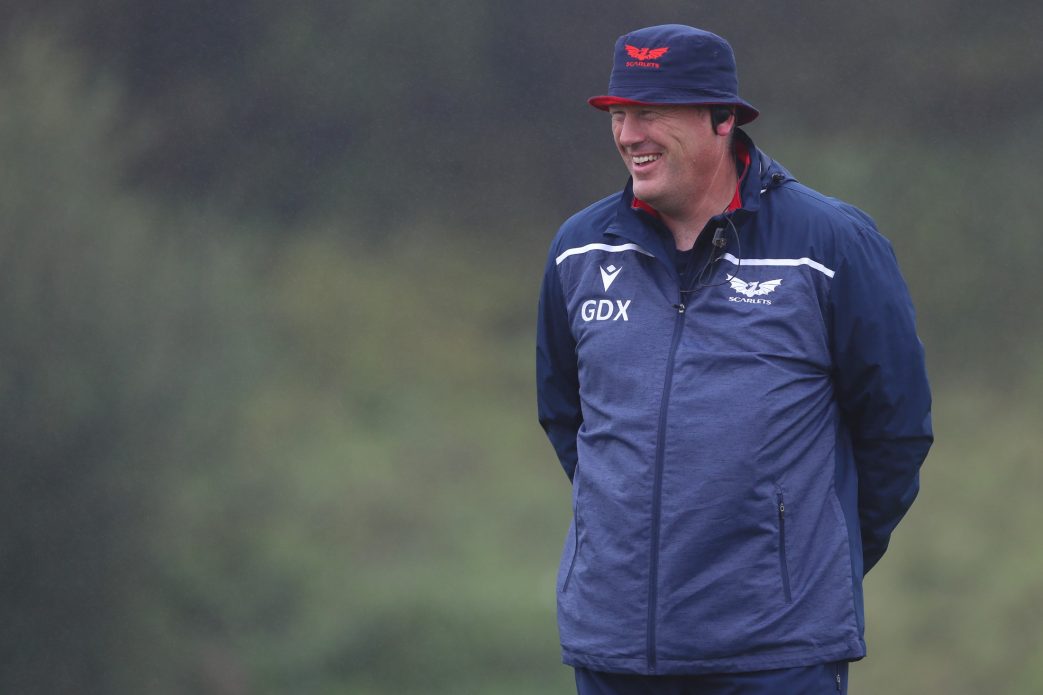 As the countdown continues to next week’s European Challenge Cup quarter-final against Toulon, we caught up with head coach Glenn Delaney to see how preparations are going at Parc y Scarlets.

The squad have had a week off after the derbies, how are you looking ahead of Toulon?

GD: “It’s a big two-week build-up. The boys have regenerated well, they are full of energy and looking forward to next week. It is very different (playing a quarter-final in September), but I guess there is nothing normal about this year! It is going to be warm out there so it could be a good chance to move the ball around and certainly play the way we want to play.”

What are you expecting from Toulon?

GD: “They are a quality team full of very good players and they know how to win, particularly at home. It is going to be an enormous challenge. We had a big challenge from them last year when we went down there but just didn’t quite get home. We are feeling good about how we are preparing, excited about getting down there and putting a stamp on the game.”

How much confidence do you take from that display at the Stade Mayol?

GD: “Every time you go to France and perform it builds some confidence in you. We have also taken confidence from the two derby games we have just played and that has given us areas to look at what we have been working on and what still needs a bit of tinkering with. For the most part, we have a full deck of players to pick from and are all putting their hands up.”

What kind of shape are the squad in fitness wise?

GD: “It’s really good. Pretty much everyone is back in training with very few guys in the long-term injured group. We have had a couple of notable guys back in the last two to three weeks which has been great. We are building nicely and the key thing is we will put the best team out to represent the region, club and all the people from out west.”

GD: “That is great to have. We have a very competitive squad, we know the hardest thing we have to do as coaches is pick the team; often we are having to leave out really good people and that is the challenge. They are all putting their hands up, all we can ask is that they give us the best reason to select them. We will put the best XV guys on the field plus a bench to back them up and they will represent the entirety of the squad. It is a massive eight days ahead, it has been a great couple of days back so far, we will keep the energy high and keep guys focused moving forward.”