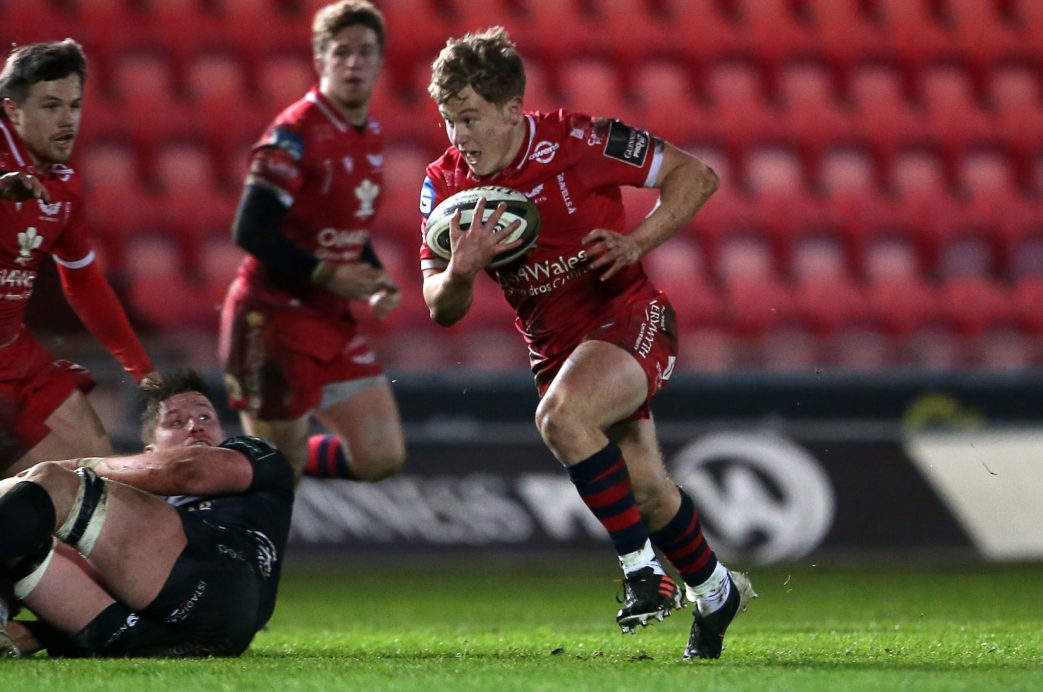 Scarlets battled to a 20-3 victory over the Dragons to push themselves into second spot in the Guinness PRO14 Conference B standings.

After the match head coach Glenn Delaney spoke to the media.

Glenn, a win, but fair to say it wasn’t the prettiest of victories?

GD: “I suppose it was a compelling contest of a different nature. You saw a lot of kicking battles going on, neither team wanted to give the other counter-attacking opportunities. I thought defensively we were very resolute, I never felt we were in danger on our goal-line, it was a bit stop-start with a couple of drop balls, but I am delighted to get the win and we did create a bit more in the second half.

“With these derby games I am learning every time we play one, they all seem to be pretty much like this and perhaps bring out the best and worst in us because of the individual competition and contest. We would have liked to have done a bit more with the ball and the attacking breakdown with us was poor, the Dragons turned over a bit of ball there so we need to be better in that area and make sure when we make the breaks we are able to capitalise.”

You always seemed to have the composure to see out the win?

GD: “A huge amount of credit for that has to go to Steff Hughes and Ken Owens and the leadership group they have around them. They are driving the standards and what you want is that when the game is in the balance the guys are comfortable to carry on playing, which they did.”

What is the latest on the boys who came off injured?

GD: “It was Jake’s knee and there were a couple of head knocks which we will check on. We will know more on those on Monday.”

What about players coming back into the squad?

What about the performance of Sione Kalamafoni?

GD: “Sione has been doing that for a long time. The bit that everyone sees is his explosive efforts during the games, the bit people don’t get to see is how he is in the environment around the young lads. He is a real galvaniser, we have a couple of great characters in our eights with him and Cass. The boys are enjoying playing with him and he has these big moments in a game and that is why we wanted him to come here. We felt he could add to the attacking intent to give us a genuine point of difference and in a game like today when it is the balance you need someone to step up and give us that platform and I thought he did that very well. I thought Blade went well again and Dan Davis in his first start of the season really complemented them both. The three were a good, balanced unit.”

What did you make of Sam Costelow’s contribution with that late try?

GD: “Sam is doing brilliantly and we are exposing him as often as we can. He showed he’s got a bit of spark, hasn’t he? He is a good lad who is working incredibly hard and learning all the time about the game. Those are the bits we want to see from him. He has had another positive introduction into a derby game and his exposure will keep continuing. There is good pressure in our 10s, we have Dinky and Gus playing well and to have Sam bringing that youth and exuberance is very exciting.”