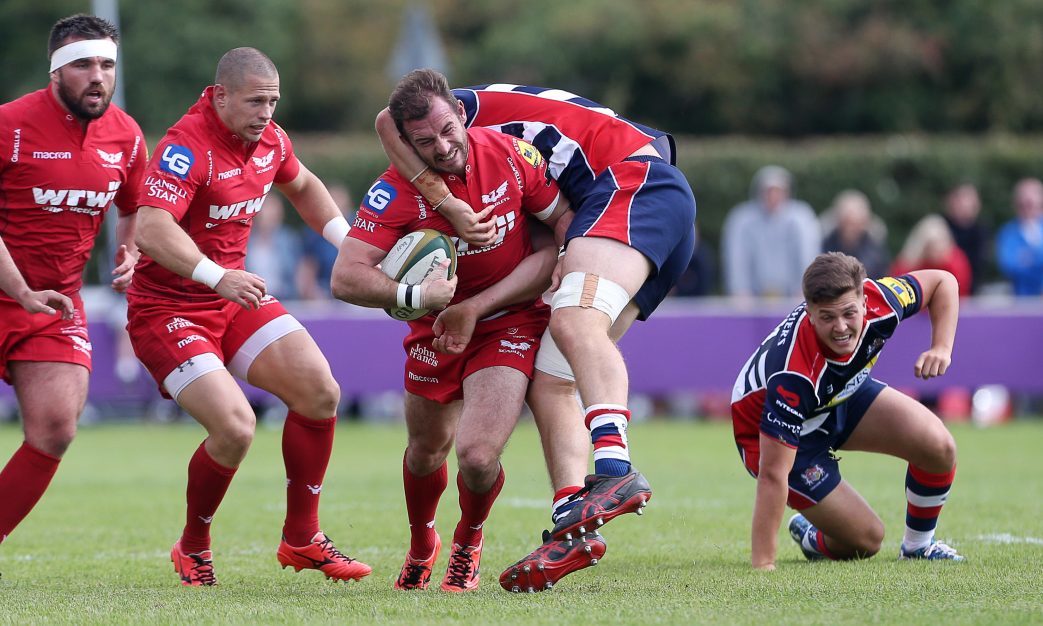 Scarlets can today confirm that Tom Grabham has been forced to retire from professional rugby due to injury.

The 26-year-old winger joined the Scarlets in the summer of 2017 from fellow Welsh region the Ospreys.

A talented and versatile backline player Grabham developed through the ranks at Bridgend RFC and latterly the Ospreys before moving across the Loughor Bridge to join the Scarlets in readiness for the 2017-18 season.

His Scarlets debut came in a pre-season friendly at Llandovery’s Church Bank in August 2017, where he also scored a try. His only competitive appearance for the region was against Zebre Rugby at Stadio Sergio Lanfranchi in September 2017.

Grabham underwent surgery to repair a knee injury but hasn’t been able to recover to a level that can sustain the rigours of professional rugby.

Jon Daniels, Scarlets General Manager of Rugby, said; “Tom has had a very difficult season since joining us here at Parc y Scarlets having to watch from the sidelines and come to terms with the prospect of hanging up his boots permanently. We wish him well for the future and his onward journey.”

Commenting on the news Grabham said; “It is with disappointment that I today have to confirm that I will be retiring from professional rugby.

“I would like to thank the medical team and the coaching staff at the Scarlets for their support over the last eight months or so. It has been a particularly tough coming to terms with the reality that I won’t be able to continue with my career as a pro rugby player.

“It’s particularly disappointing that I’ve not been able to make more of an impact at the Scarlets but I will cherish my time here.”