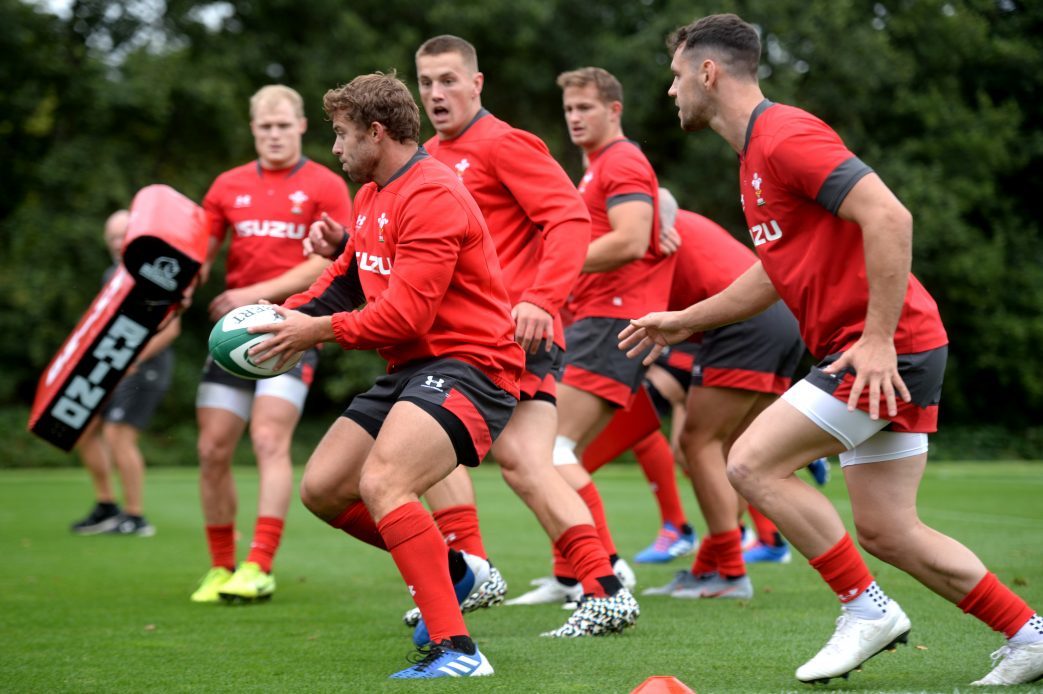 Leigh Halfpenny says the competition within the Wales squad is driving on every player on as Warren Gatland’s side prepare for their final warm-up match before the start of the Rugby World Cup.

Halfpenny is one of eight Scarlets named in the match-day 23 to take on Ireland in Dublin on Saturday with the 30-year-old full-back set to make his 82nd appearance for his country.

The British and Irish Lion will be joined by Hadleigh Parkes, Jonathan Davies, Rhys Patchell, Wyn Jones, Jake Ball and replacements Ken Owens and Gareth Davies at the Aviva Stadium.

Halfpenny is one of 11 Scarlets who have made the 31-man cut for Japan and is now preparing for what will be his second global tournament. The 30-year-old played a key role as Wales reached the 2011 semi-finals, but missed out in 2015 because of injury.

Halfpenny said: “The strength in depth we have is extremely strong. What the squad has achieved over the last 18 months has been phenomenal. We’ll take confidence from that and have the belief we can go out to Japan and really achieve something special.

“We’re going to have to go up another level to achieve that. The competition in the back three is extremely strong. It’s what you want because it only pushes you harder to improve your game.

“If we want to go out there and achieve something special we need that competition.”

Reflecting on Sunday’s squad announcement, he added: “I was extremely nervous in the build-up to the announcement and I just tried to keep myself busy in the morning. I headed out for breakfast with my partner (Jess) and the little one (baby Lily), but when the news came that I was in I was delighted and relieved to hear my name.

“I feel for the boys who weren’t included because they worked so hard, just as everyone else did.

“It’s been a good couple of months training. It’s been extremely hard in the camps in Switzerland and Turkey. We’ve been pushed to our limits at times both mentally and physically.

“The boys have worked extremely hard, preparation has gone really well, and we have one last important game against Ireland which is crucial in the build-up to the World Cup.”

Gatland has made wholesale changes from last weekend’s 22-17 loss to the Irish in Cardiff.

“This is our final preparation match so it is important we get enough rugby into us, get rugby ready ahead of our RWC opener against Georgia which is just over two weeks away,” said the New Zealander.

“It is important we hit the ground running in Japan and we give the players enough time on the field.

“Saturday is the first time these players would have taken to the field as members of the RWC squad, it has been a big week and it is a big opportunity for players to put their hand up and secure spots for the starting XV in Japan.”