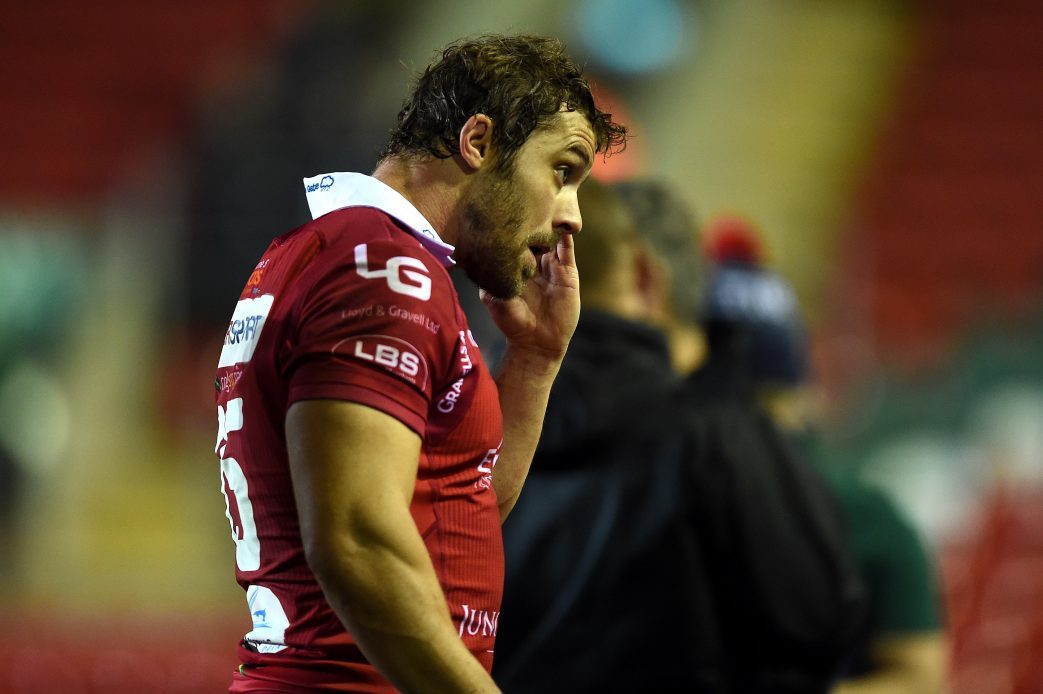 Leigh Halfpenny is set to make his first Scarlets appearance since October after being named in the side to face Toyota Cheetahs in a crucial Guinness PRO14 clash at Parc y Scarlets on Sunday (1pm kick-off).

Halfpenny has recovered from a concussion suffered on international duty with Wales during the autumn series and has been released from the national camp to play this weekend.

He is joined in the match-day 23 by fellow Wales squad members Wyn Jones, Ryan Elias, Jake Ball and Rhys Patchell as head coach Wayne Pivac makes four personnel changes to the side that was beaten 25-19 by Benetton last weekend.

Halfpenny’s return at full-back sees Johnny McNicholl switch to the wing in place of Steff Evans in the only change behind the scrum. Evans remains in the Wales camp.

Up front, Jones and Elias replace Phil Price and Marc Jones, while Ball – who will captain the side – comes in to partner Josh Helps in the second row.

The back row is the same as the one that took the field at the Stadio Monigo with South African No. 8 Uzair Cassiem going up against his former side.

On the bench, Javan Sebastian comes in to provide tight-head cover, Tom Phillips has recovered from a hamstring issue, while Sam Hidalgo-Clyne replaces Jonathan Evans, who is set to miss the rest of the season because of an ankle injury.

The Scarlets sit fifth in the Conference B standings.

“It’s a must-win game for us. I am expecting a response this weekend. It is a home game and we have a proud record at home and we want that to continue.

“I am pretty sure the boys will be up for the game and fully motivated because a lot of them are disappointed with individual performances from last weekend.

“If you look at our run-in, it isn’t too bad when you compare to other teams. Of course, we still have difficult opponents to play, but we are in Wales which is in our favour. Everyone likes playing at home and we have four out of our last six games at home and one at a neutral venue.

“For us, it is about being disciplined; our defensive effort has to be better than it was against Benetton and we have to make sure we win those physical exchanges when we have ball in hand so we can unleash our backs who we believe are pretty potent.”

Players unavailable because of injury