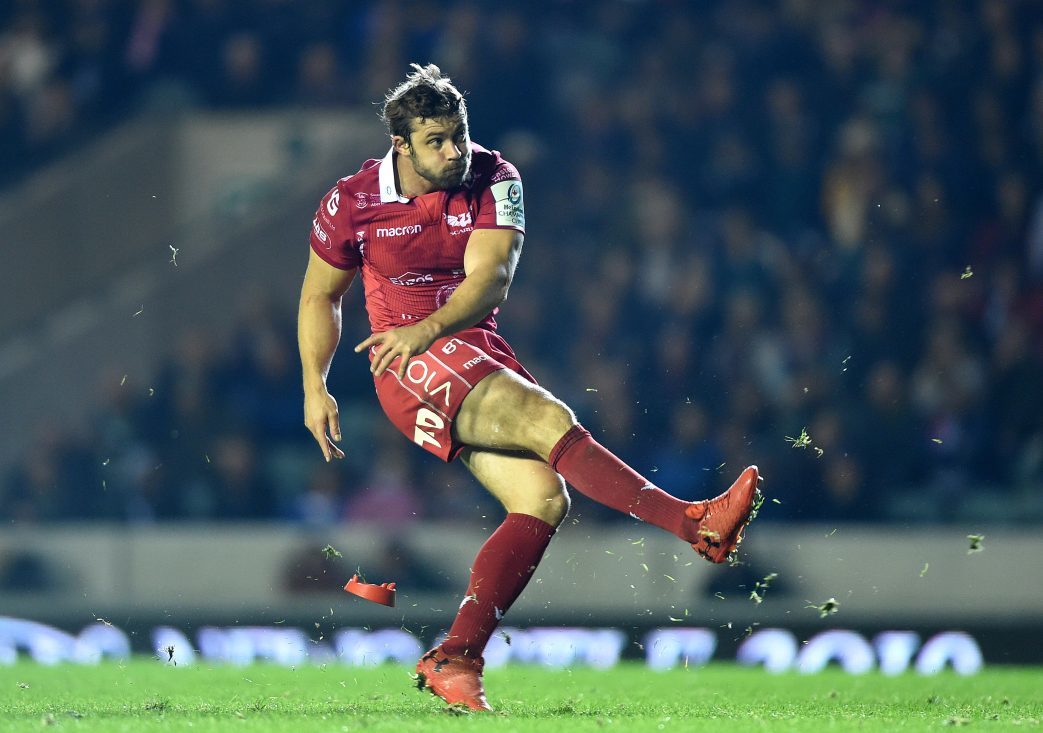 Scarlets have been able to call on the expertise of fullback Leigh Halfpenny for Saturday’s clash against his former side Cardiff Blues at Parc y Scarlets.

Having suffered a concussion against Australia during Wales’ autumn campaign Halfpenny has been unavailable for the region but makes a welcome return to action this Saturday.

The West Wales region will be keen to get the Guinness PRO14 campaign back on an even keel after defeat to the Ospreys last weekend.

Following Jake Ball’s shoulder injury against the Ospreys Josh Helps comes in to the second row alongside David Bulbring with the remainder of the pack remains unchanged.

Looking ahead to the game against Cardiff Blues on Saturday at Parc y Scarlets, head coach Wayne Pivac said; “We’re looking internally at ourselves at the moment and getting our own game in order. They’ve had some good results and they’ve probably had some that they wouldn’t be happy with, we’re no different.

“It’s two teams coming in to the game knowing the importance of the game for our individual conferences. It’s a game for us that we need to win. It’s a home game and we’ve got a proud record at home and we want that to continue.

“We see them as a dangerous opponent because it’s a derby. There’s a lot on the line and plenty to play for.”

Commenting on the conference standings he went on to say; “If you look at ourselves, Ulster, Edinburgh and Benetton with what’s coming up I think it’s going to be an interesting run-in. There’s a lot of water to go under the bridge yet and this conference is well and truly alive.”