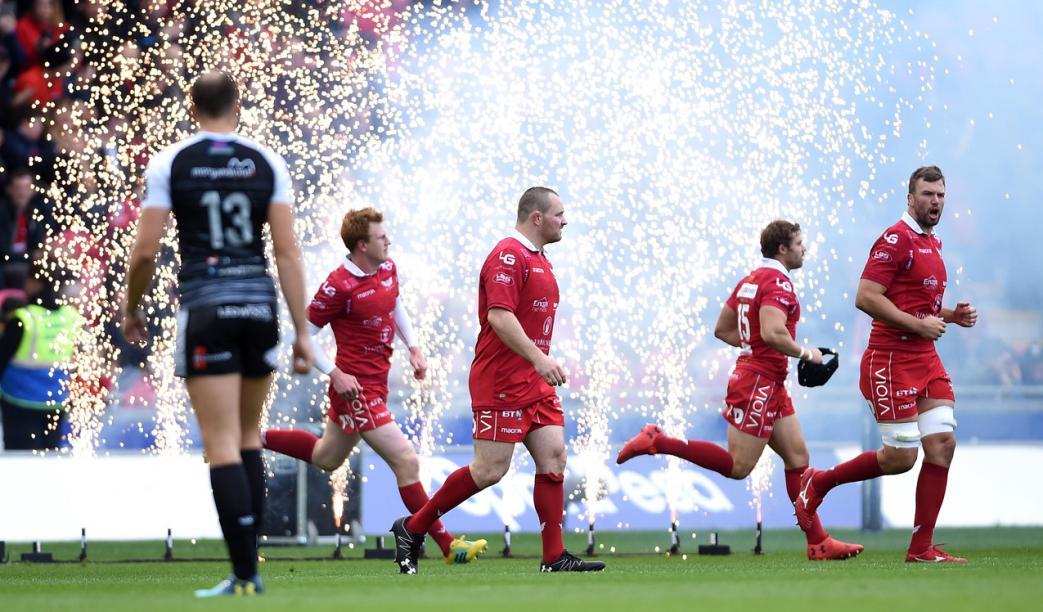 Ken Owens has been appointed Scarlets captain for a record sixth successive campaign.

The 32-year-old hooker, an integral member of Wales’ Rugby World Cup squad, has made 243 appearances over 13 seasons for his home region and has been Scarlets captain since 2014.

The six consecutive seasons at the helm is a record for the Scarlets in the regional era and brings Owens alongside the great Phil Bennett, the Scarlets president, who captained Llanelli RFC between 1973 and 1979 (a post-war record).

Commenting on the appointment of Owens, Scarlets head coach Brad Mooar said: “Ken is an outstanding leader. I heard the other night Alun Wyn Jones refer to him as the heart of any team he is in, such high praise from a legend of the game and something that has been really clear to me from the time I have been involved in this Scarets journey. Ken’s heart beats Scarlets.

“I first met Ken about a year ago. He is held in such high regard, is such a genuine Scarlets person and an outstanding rugby player.

“Without exception, everybody I have spoken to – players, management, staff, the board – everyone speaks highly of Ken and his leadership abilities.

“He has played for and captained the British and Irish Lions, has been part of the leadership group for Wales. It is an absolute no-brainer that he is the right man to lead this team, club and its people.”

Owens, who won his 67th cap for his country against Ireland last weekend, said: “It is a huge honour to be again named captain of my home region and, as I said when I was first appointed captain, a privilege to follow in the footsteps of some legends of the game who have led the Scarlets in the past.

“It is an exciting season ahead for the Scarlets and we have a strong leadership group to take us forward.”

With Owens and the Davies brothers away with Wales over the coming weeks, Kruger and Hughes will take the reins for the start of the 2019-20 season. Both captained the side during the Scarlets’ warm-up win in Jersey last weekend.

Mooar added: “It is a World Cup year so we have got four vice-captains who are superb leaders in their own right, players who lead in different ways and contribute greatly to the group. That allows us to have a leadership group that is seamless throughout the year.

“With Cubby, Werner, Steff and Fox it is an awesome group to help Ken lead us. We had a launch here at Parc y Scarlets and their involvement and engagement has been outstanding.

“It is not just about the boys who are physically here now; Ken, Fox and Cubby’s connection and involvement with me, with the group and with the players, player to player, you can see that is there, as it has been with all the guys who have been involved with Wales.

“They are Scarlets at heart, they live and breathe it, and there is a huge amount of IP that will lead us throughout the season.”

Local product Hughes has a cv that includes captaining Wales Under-20s and the Scarlets in the Guinness PRO14, while Springbok prop Kruger has a wealth of experience in the professional game.

Mooar added: “When you come into an environment with fresh eyes and ears, you can see who the guys go to and who will take the lead, come to you, speak up and have a conversation about something.

“It has been really clear that Steff and Werner are two guys that the playing group and the management hold in the highest regard and respect.

“There is local knowledge and long-term playing knowledge between the both of them; they are calm under pressure and have been great to work with. They lead on and off the field and this is due reward for them both.”