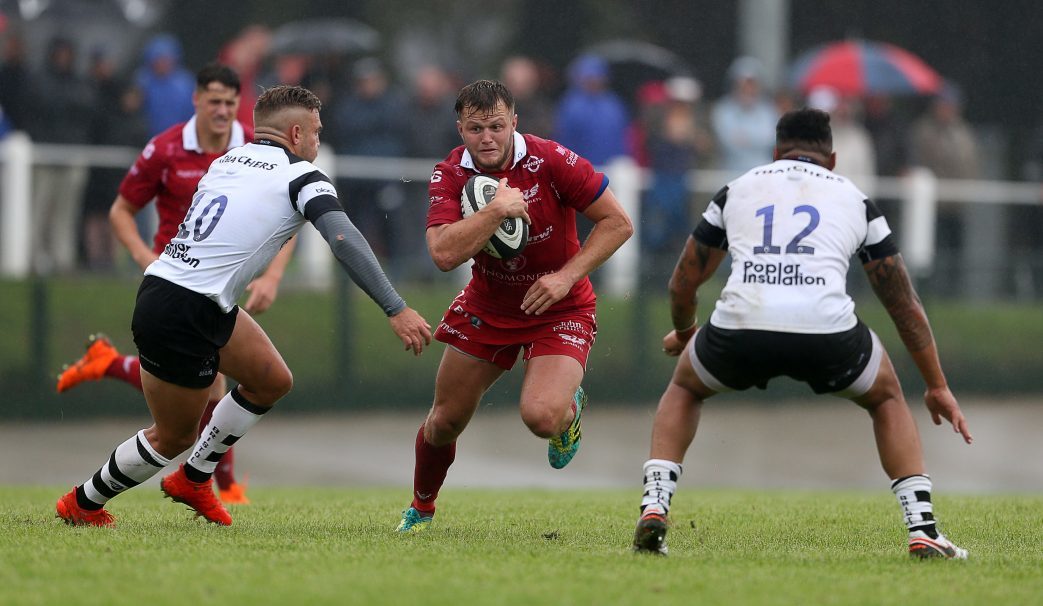 Scarlets will take on Southern Kings in the Madibaz Stadium on Friday 26thOctober as attention returns to the Guinness PRO14 after the opening rounds of the European campaign.

With twelve players on international duty with Wales head coach Wayne Pivac has named a much-changed side to take on the Southern Kings on Friday evening.

24-year-old centre Steff Hughes will lead the side with the Scarlets looking for a victory to keep pressure on Leinster who currently top Conference B.

Sam Hidalgo-Clyne and Dan Jones link up at halfbacks, Paul Asquith partners captain Hughes in midfield with Ioan Nicholas, Johnny McNicholl and Clayton Blommetjies named as the back three.

Australian Steve Cummins makes a return from injury to start in the second row alongside Port Elizabeth native David Bulbring whilst Will Boyde, Josh Macleod and Uzair Cassiem bolster the pack in the back-row.

Looking ahead to the clash head coach Wayne Pivac said; “We’re looking forward to getting out PRO14 campaign back underway.

“A victory over the Southern Kings on Friday night would ensure that we keep the pressure on the Conference leaders whilst also widening the gap on the teams chasing our tails.

“The Kings secured a bonus point victory, and a first victory in the campaign, over Glasgow in round four so we know we’ll have our work cut out for us in front of what’s expected to be a good crowd at the Madibaz Stadium.”

Blade Thomson, who was due to link up with the squad in South Africa after Scotland’s camp, didn’t travel following the birth of his second child.