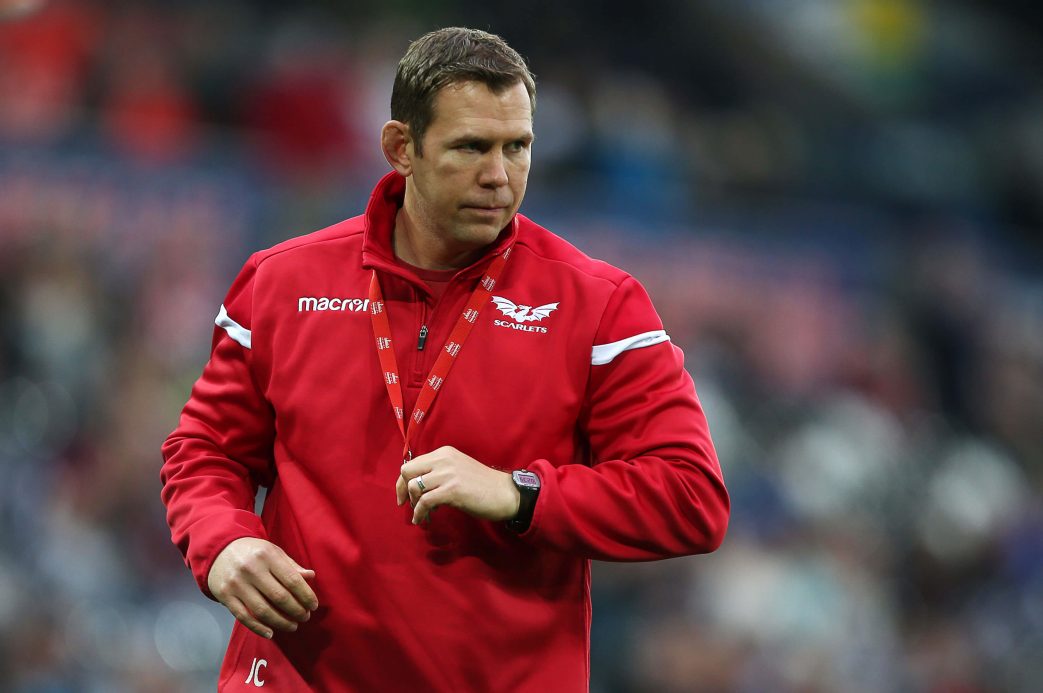 Ioan Cunningham has spoken of his pride at seeing so many Scarlets forwards go on to win international honours.

After nine seasons as part of the coaching system at Parc y Scarlets, Ioan is moving on as he looks forward to the next challenge of his coaching career.

A former apprentice at Stradey Park, he represented the Scarlets senior team in the national leagues and captained Llanelli RFC to a Welsh Cup triumph before stepping onto the coaching ladder.

He joined the Scarlets Academy from the Ospreys in 2011 before graduating into the senior ranks where he was appointed forwards coach as part of Wayne Pivac’s coaching team in 2015.

He took charge of the side for two British & Irish Cup and Anglo-Welsh Cup campaigns and was an integral member of the coaching group that steered Scarlets to a Guinness PRO12 title in 2016-17 and the semi-finals of the European Champions Cup a year later.

“I look back at the last nine years with a huge amount of pride,” said Ioan.

“I remember being in the Academy when the likes of Rob Evans and Samson Lee were 16 years old; it has been awesome to help and see them grow into seasoned Test players.

“Also, seeing how Jake Ball has developed like he has and Wyn Jones, who has come from playing semi-professional rugby for Llandovery and is now a respected prop on the international stage.

“I would like to thank the Scarlets for giving me the opportunity to get on the coaching ladder. It has been a privilege to work with world-class players and learn and develop alongside great coaches.”

As for the highlights, the European journey in 2017-18 and the memorable PRO12 title success stand out.

“That night in Bath was awesome, as was beating Toulon and La Rochelle at the Parc, going toe to toe with two of the biggest packs in Europe,” added the 37-year-old. “Our set-piece and forward pack more than coped with two huge French sides.

“Of course, winning the PRO12 and winning it in the style we did is something that will live long in the memory.

“Looking ahead, I am excited by the next chapter in my coaching career but at this point I’d like to wish the Scarlets and their supporters every success for the future.”

Scarlets general manager of rugby Jon Daniels said: “Ioan has shown his qualities as a coach in our system and I know he is looking forward to a new challenge in the next chapter in his career.

“His role in our title win in 2017 can’t be overstated, while the Scarlets pack has been able to more than compete with the best in Europe in recent seasons and that owes a lot to Ioan.

“He has also played a key part in developing players to become regular international performers.

“We would like to thank him for all he has done for the Scarlets during his time here and wish him well for the next chapter in his career.”

On behalf of the Scarlets board, Nigel Short said: “We would like to say a huge thanks to Ioan for his contribution to the Scarlets and what we have achieved in recent years.

“It is always sad to say farewell to people who have given so much to the club and we all wish him well for what lies ahead in his coaching career.”