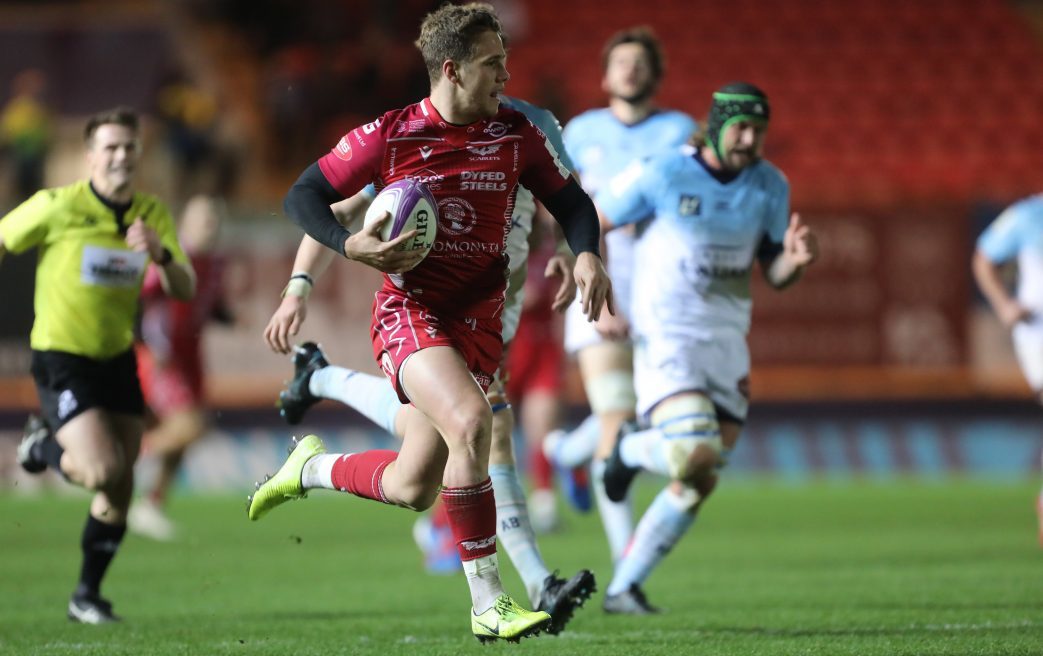 Scarlets remain in the hunt for the quarter-finals of the European Challenge Cup following a superb 46-5 victory over French side Bayonne at Parc y Scarlets on Saturday evening.

Despite the wet conditions, the home side produced some blistering rugby to run in six tries and bag a crucial bonus-point win.

Here’s what head coach Brad Mooar had to say afterwards.

Brad, you must be delighted to get the five points?

“It was an outstanding team performance. We felt it had been brewing for a while and that we were close to cracking a side.

“There is great belief in the group. We built scoreboard pressure and our defence was strong in that second quarter to hold them out.

“At half-time we talked about being bold and creating tempo in the game and we got that going and took the game away.

“It was lovely to put a performance like that in for the fans.”

Some of the young players really stood out?

“We have absolute faith in the squad. Guys like Josh Macleod and Johnny McNicholl have been up since July/August and it is great to be able to give those a break. You can then bring in a guy like Jac Morgan, who he is an brilliant young prospect and someone you are going to be hearing a lot about.

“Angus O’Brien was outstanding. Here is a guy who had a serious knee injury, but he has come back, chipped away and taken his opportunity. He played flat, attacked the line, he is quick; he is an outstanding rugby player.

“I also thought Kieran Hardy came on and really kept the tempo going, getting the ball away. I could go through the whole team.”

You must be excited about that Toulon game in January?

“It is going to be massive and we are all looking forward and excited about welcoming them to the Parc. Before that we have the derbies in the league, there is a beautiful mini season coming up over Christmas and then the final two pool rounds of Europe. It is an exciting five weeks or so.

“Dragons at Rodney Parade will be a massive challenge, then it’s the Ospreys and then Cardiff. It has a great ring to it. I think the last time I was working on Boxing Day I was lifeguarding at my local swimming pool in the summer. Coming here to a packed house will be outstanding, it is part of why we are in the game. I am really looking forward to it. We are all looking forward to it.”