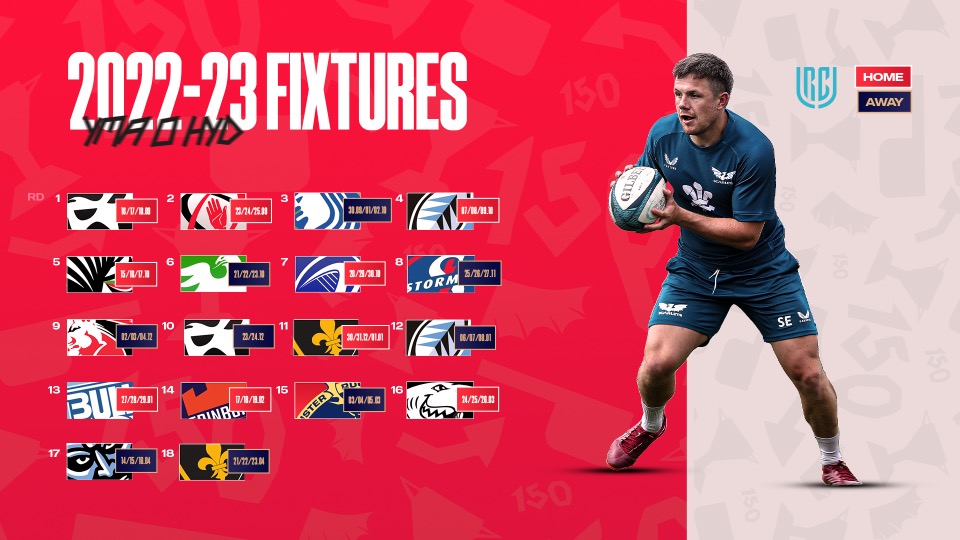 Scarlets will open their 2022-23 United Rugby Championship season with a blockbuster derby date against the Ospreys.

The meeting between the West Wales rivals will take place on the weekend of September 16-18.

The URC have unveiled all 18 rounds of fixtures for the new campaign with exact dates and kick-off times to be confirmed next week following discussions with broadcast partners.

Five of the Scarlets’ opening seven games are at Parc y Scarlets with Ulster the visitors to Llanelli in round two before Dwayne Peel’s squad head to Italy to take on Benetton in round three.

It’s another Welsh derby in round four with Scarlets hosting Cardiff Rugby; Zebre arrive in West Wales for round five; it’s a trip to Galway to take on Connacht in round six, then the opening block of fixtures is wrapped up with a mouthwatering home clash with Leinster.

Following a break from the November internationals, Scarlets fly to South Africa to take on defending champions DHL Stormers in Cape Town then head to Johannesburg’s Ellis Park for a match-up with the Emirates Lions.

Two rounds of Europe follow in December, before the festive derby against the Ospreys in Swansea. There’s another big home match to bring in the New Year with Dai Flanagan returning to Llanelli with his Dragons side in round 11. To round off derby season, the Scarlets head east to the Arms Park a week later.

The regular season comes to an end in round 18 on April 23, 2023 with a trip to Rodney Parade to take on the Dragons.

Once again, the URC format will see all 16 teams ranked across a single table which will reward the top eight teams with their places in the final eight (quarter-finals), followed by semi-finals to set the stage for the Grand Final.