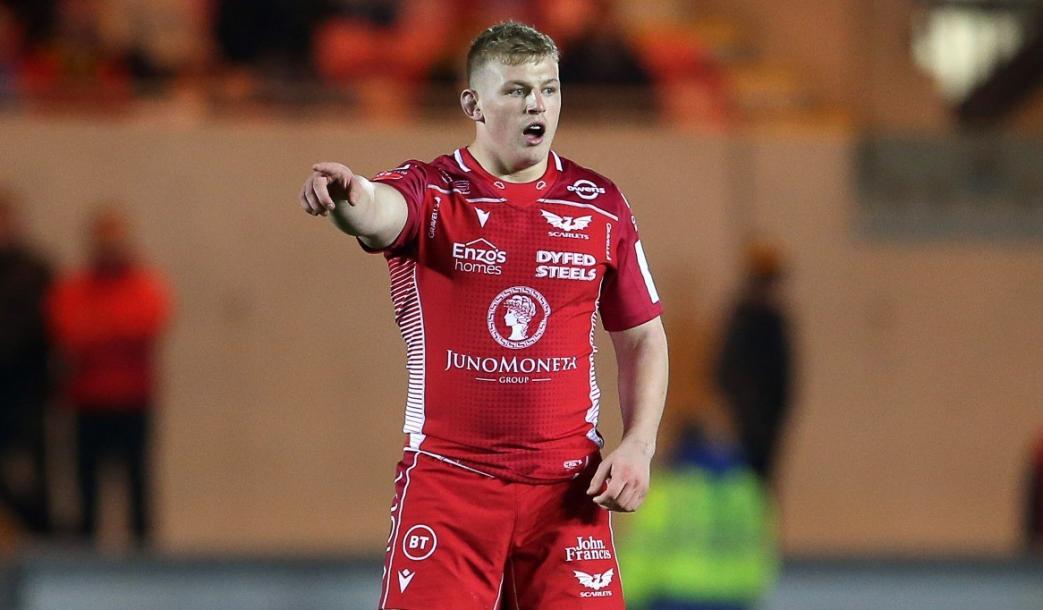 Jac Morgan may be enjoying a little bit of an extra lie-in every morning during the lockdown, but like the rest of his team-mates he can’t wait to get back into training at Parc y Scarlets.

“I’m trying to stick as closely as I can to some form of schedule during lockdown,” said the Wales U20s skipper, who made his senior Scarlets debut in November.

“At least I don’t have to get up at 6.15 every morning to get to training at Parc y Scarlets. I’m lying-in to eight o’clock now, but still managing to put in the work after that. One thing is certain, we’ll all have plenty of steam to let off when we finally get back together again.”

Jac should have been preparing to head to Italy for the World Rugby U20 Championship this summer, but with the tournament cancelled because of the Covid-19 pandemic, the 20-year-old is focusing on challenging for a back-row spot at the Scarlets.

“This season I was just hoping to play in the Celtic Cup matches at the start. I really enjoyed those games and after that I decided to really give rugby a shot,” he explained.

“I finished work and started training full-time with the Scarlets. I played five games in all — London Irish, Ulster, the two Bayonne games and then got two minutes against Cardiff Blues.

“It was a great experience going to France to face Bayonne and seeing how the team prepares and travels. You can see from watching the other players what they have had to do to get to that level.”

Jac made the decision this season to go full-time after previously juggling an engineering apprenticeship with playing Premiership rugby for Aberavon.

“Aberavon have played a massive part in my progression. I played almost every game for them in my first season and I learned so much from the players and the coaches, it really got me ready to play senior rugby,” he added.

“It was tough, though, not getting home from training until 10pm at least twice a week and then having to be in work for 8am the next morning. Then there were lunchtime training sessions to fit in as well and Wales U20 calls.

“At one stage I fell ill and it took time for me to recover. That’s when I decided it would be best for me to give rugby my best shot and I started training full-time with the Scarlets.”

Jac was one of Wales’s standout players during the recent U20s Six Nations, a roller-coaster of a campaign that saw Wales open with back-to-back defeats, recover to topple double-world champions France and England, but end on a downer with a heavy home defeat to the Scots.

“I enjoyed the Six Nations campaign, even though there were a few disappointments. It was a good group of boys and the ones coming through for the first time did well,” he added.

“Obviously, we were all gutted when we realised we weren’t going to be able to play in the Junior World Cup. It is such a great opportunity to look at other teams and players and to see where you are at as a player compared to the rest of the world.

“It is important to find out how your skills compare against players from other countries. I got the chance to play in Argentina last year, but it is such a great shame for those players who have missed their chance of going this year.

“Now I just want to get back training as soon as possible and try to push through as much as I can . I know I need to improve and I’d love to see where I can get to.”