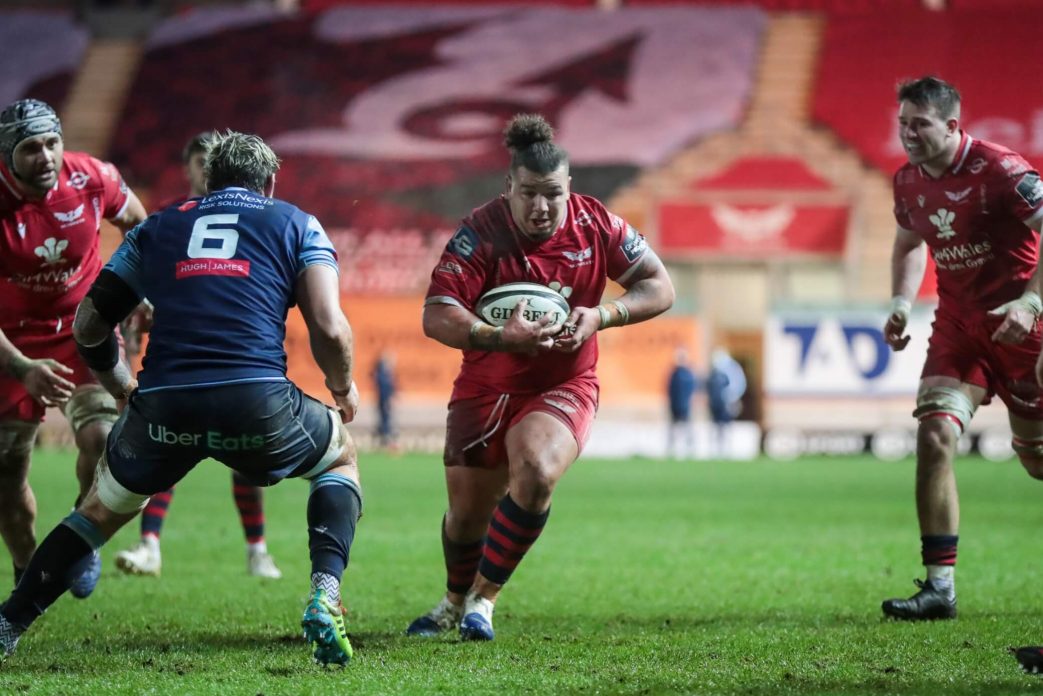 Javan Sebastian has spoken of his surprise at being named in Scotland’s national squad for the forthcoming summer series of matches.

The 26-year-old tight-head prop has been included in a 37-man party named by interim head coach Mike Blair on Tuesday.

Javan qualifies for Scotland through his father who was born in Edinburgh. He had a season with Glasgow Warriors in 2015-16, but came through the Scarlets pathway, playing for the Academy, Wales U18s and Carmarthen Quins in the Welsh Premiership before earning his place in the Scarlets squad.

Now in his second spell at Parc y Scarlets, he has played 18 matches this season and 38 in all since making his debut in 2014. He recently committed himself to the club by signing a new contract.

“I am over the moon, wasn’t expecting it all and really chuffed to have the call, it’s a proud moment for the family,” he said.

“My grandfather came over from Belize and my dad was born and raised in Edinburgh. I had a year with Glasgow Warriors in 2016, but never thought that I’d have the chance to play for Scotland. It is a massive honour and achievement for me and as my dad it is Scottish it is close to my heart.

‘This season, coming back after lockdown, I was just looking to work hard and try to get a run of games here. I have done a lot of work with Ben Franks and Glax (Glenn Delaney), they have helped me and pushed me as much as I can be pushed. It has been a case of small steps and the reward has come.

“I have been in contact with the Scottish management and they are looking to push me on as a player and help improve me. I am really looking forward to linking up with the squad.”

Scotland A will face England A at Leicester’s Mattioli Woods Welford Road on Saturday, June 27 before the national team travels to take on Romania on July 19 and Georgia on July 17.