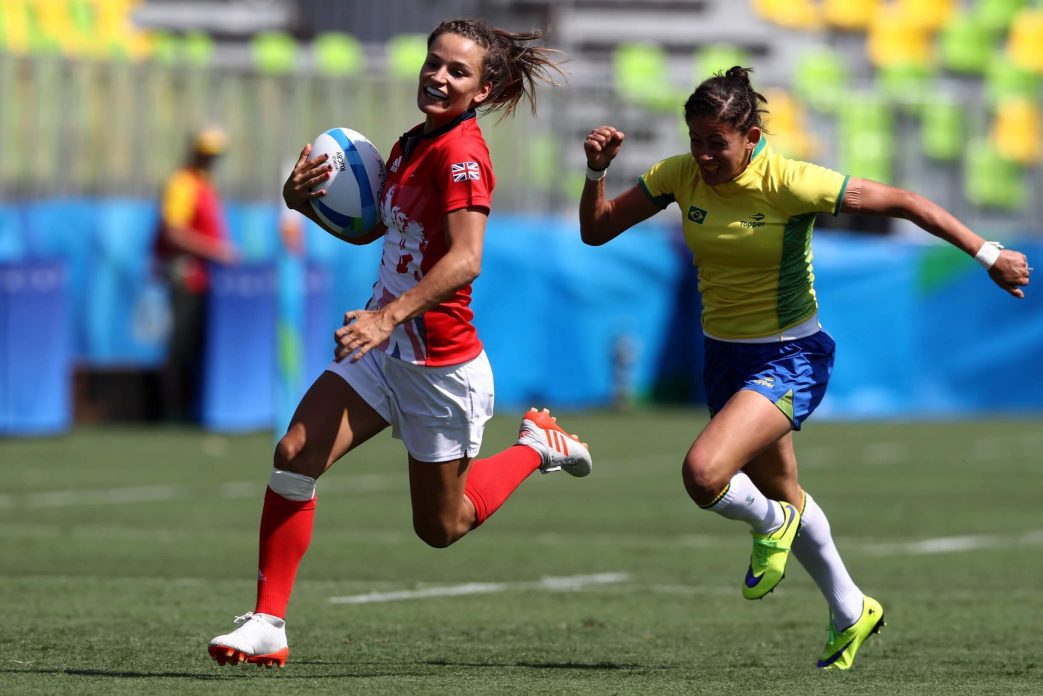 Wales speedster Jasmine Joyce is looking forward to her second Olympic appearance after being named in the Team GB Rugby Sevens squad for the summer Games in Tokyo.

From St David’s, Pembrokeshire, she came through the ranks at Scarlets Ladies and now plays for Bristol Bears in the Allianz Premier 15s.

Jaz starred in Rio four years ago and is now heading to the Far East for next month’s global get-together.

She said: “After the amazing experience of competing in Rio, returning to another games has been front and centre of everything I’ve done for the past five years and being named in the squad makes it all worthwhile. The Olympic Games is the ultimate achievement for any sportsperson and that dream became so much more achievable for me when rugby sevens became a Olympic sport.”

At 20, Joyce was one of the youngest players in the Team GB squad in 2016 and hadn’t been capped for Wales at 15-a-side. Five years on and with 19 senior Wales caps, she is looking to draw on her experience to help the side to come back with some silverware.

“I was the new girl in Rio with little pressure on my shoulders. I’ve definitely got a different mindset this time around. People know my game more and there is more pressure on me to perform but I’m happy with that. We were disappointed not to medal last time around and are definitely going for gold next month.”

“Hannah is my best friend so it was great to train together in GB camp. She has put so much hard work into everything she has done in recent years too, as have all the players in the training squad and the fact she’s missed out shows the level of competition throughout the squad is insane.

“I’ve had so much support from my family, friends and coaches throughout my career. The fact that they won’t be able to travel to Japan is disappointing but I know that we will feel everyone’s support via social media over the next few weeks and that makes a huge difference.”

Made possible by an innovative commercial partnership with The National Lottery, the wider squads have been operating as GB7s based at Loughborough University since March and competed at the International Rugby 7s tournament at St. George’s Park and HPC International 7s in Ireland.

This weekend they travel to LA to take part in ‘Quest for Gold Sevens’, their final preparation event ahead of the Games.